Kinesis is one of the most useful abilities in the Dead Space video game series, and it will be available in Dead Space Remake as well. This ability has a lot of uses but new players won’t be very familiar with it. You will obtain the Kinesis Module from an NPC once you progress into the story. But, most people are wondering when this will happen and how can they use this ability. Well, it is natural to have all these questions. It is better to learn more about this ability in the game. So, if you are also looking for more information about Kinesis in Dead Space Remake, then you have come to the right place.

Dead Space has a special place in the sci-fi horror video game genre. The game has an interesting plot that will take you on a roller coaster. The horror elements of the game are also very nice. The monsters or, necromorphs, as they are called, are pure terror. They are mean and powerful. The original game was a blast but the remake might take things up a notch. There are graphical improvements and the devs have tweaked a lot of other gameplay mechanics as well. So, it will be interesting to see how things play out in Dead Space Remake. 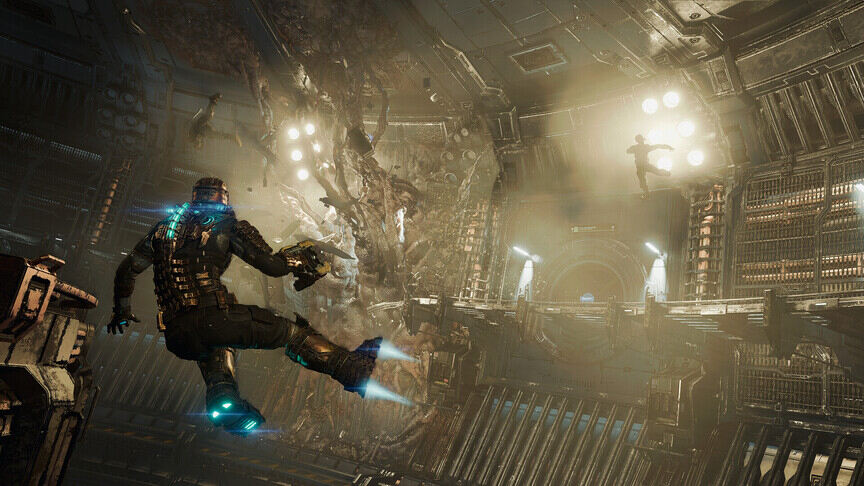 Dead Space Remake Kinesis: What is it & How to use?

Kinesis is an ability in Dead Space Remake that allows you to lift and move objects. It is something similar to psychic ability. But, Kinesis does not rely on the magical aspect but is rather grounded in the scientific realm. To use this ability, all you have to do is point toward the object you want to lift and press the appropriate key. You will need to press the F (PC), B (Xbox), or Circle (PS) button on your systems in order to do so. Once you do this, the object will fly toward you and hang in the air.

Now, you can move the object around and then press the Kinesis ability button again in order to drop the object. But, you can also use this ability to throw the object toward an enemy and deal damage. To do this, you will need to press the Fire/Attack button on your PC (LMB), Xbox (RT), or PS (R1). This will hurl the object toward the enemy you are pointing. So, now you know what Kinesis is and how you can use it. This brings us to the end of this guide. For more useful guides and information on newly released titles, stay tuned to Digi Statement, and happy gaming.