December is a great month for most gaming fans since the developers of the games bring in a lot of exciting stuff and rewards for the players to claim for free. And the game Dead by Daylight is not behind as well!

The month of December brings in Christmas and this event has a lot to offer to us! One of such amazing things that the game has been offering since last year is the Advent Calendar. For those who do not know, the Advent Calendar is a type of calendar and features free rewards for the players for the whole month!

Dead by Daylight has been giving us this amazing Advent Calendar since last year, and this year marks the return of this Advent Calendar through the Winter Update! Well, here are all the rewards that have been planned for us this winter in the Advent Calendar – 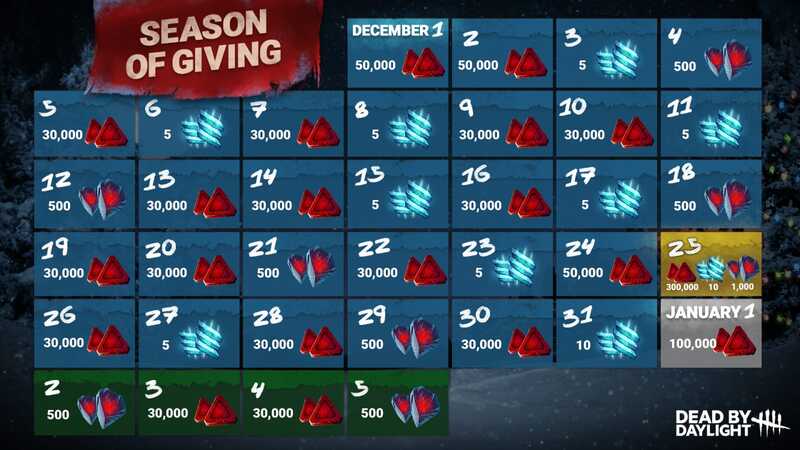 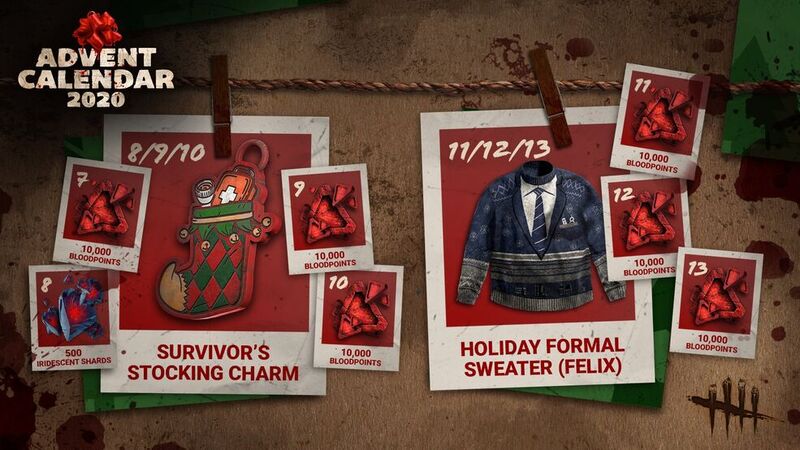 Other than these rewards, we will also have some cosmetics to redeem in a specific time frame in the game store. Here are they –

HOW TO REDEEM THE ADVENT CALENDAR REWARDS IN THE GAME?

You can claim the Dead By Daylight Advent Calendar 2021 rewards every day at 11:00 ET, 08:00 PT, and 16:00 GMT simply by logging into the game. And you can do this for the whole month! However, you have to keep in mind that if you miss logging into the game for even a single day, you will miss the same day’s reward. And if you miss one day, you will lose out on the one billion blood points reward pool! 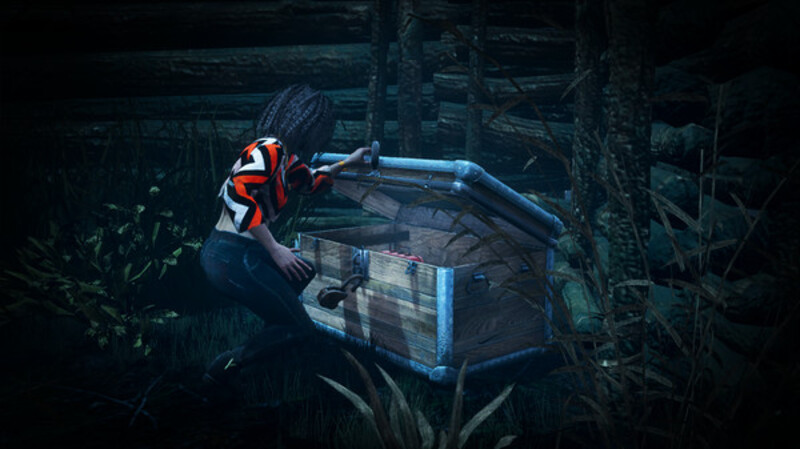 This was everything you need to know about the Advent Calendar of 2021 in Dead by Daylight. Follow Digi Statement for more updates like these.