Dark & Darker Solo Queue Release Date: When is it coming out

If you have ever dreamed about a Dark Souls-type game blended into dungeon FPS, then you should definitely try out Dark & Darker. The developers of the game dropped a Q&A video on YouTube recently where they revealed a lot of new information about the game. Now, folks are wondering when the game will actually roll out. Well, this is where things become a little tricky. Most developers start off with a beta testing phase and then release the final version for everyone. Right now, there is only a handful of information available to people. So, if you are interested in Dark & Darker as well, then you’ve come to the right place.

Dark & Darker is an upcoming video game that blends dungeons and FPS genres really well. The first look at the gameplay also looks quite promising. If you enjoy role-playing with your friends, then this is the perfect game for you. Dark & Darker packs everything that is required and expected from this genre. The developers have promised that the game is fully hardcore and hence it will test your skills. but, it is definitely not unfair and if you spend a little time in there, you will quickly be able to navigate. But, when will you be able to do all of this? 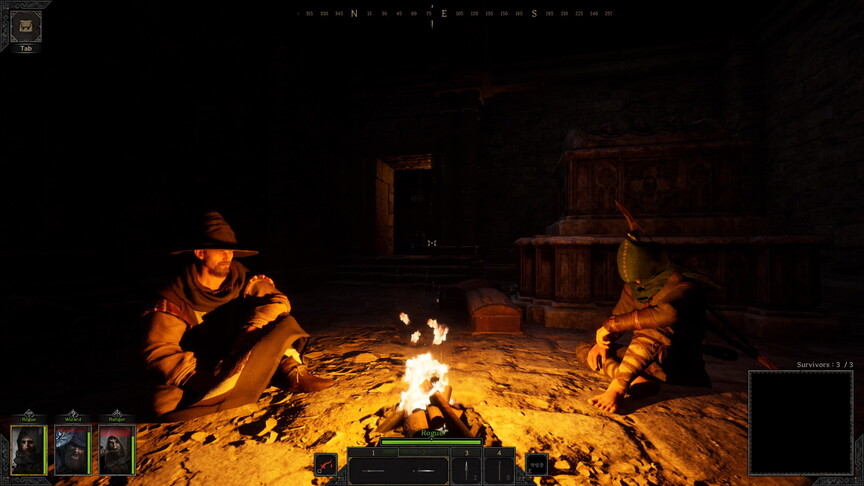 Dark & Darker Solo Queue Release Date: When is it coming out?

Dark & Darker is mainly aimed to be played online with other players. But, not everyone is comfortable interacting with strangers online. For these players, the developers have plans of adding a Solo Queue mode that will allow you to enjoy the game alone. But, their primary focus is to make the game compatible and playable for the large majority of folks. This means that they are polishing the in-game features for folks who are going to join parties and raid dungeons alongside others. But, they have not forgotten solo players at all.

According to recent news, Dark & Darker will enter the early access phase in Q2 2023 and will release in Q4 2023. So, there is still a lot of time before all the planned features are implemented. The developers have mentioned that the game does not have enough levels to compensate for solo players. This means that you will have fewer things to explore if you are playing alone. But, they are already working on expanding the horizon for the lone folks. So, we will have to wait for them to release more content for the solo queue players. Well, this also brings us to the end of this article. Stay tuned to Digi Statement, and happy gaming.

Football Manager 2023 Unusual Screen when launching Issue: How to fix it