Players have managed to get their hands on Cyberpunk 2077 physical copy ahead of time, at least on PS4. It seems that new clips of the intro and menus of the game can be found on the internet. Watch out for spoilers.

With its extended development and 3 postponements, it’s not particularly surprising to see Cyberpunk 2077 pick up more trouble along the way. This time, it is a leak in the production and distribution chain of the games and images have been posted on the subreddit dedicated to the game. As suggested by a recent leak, the game holds on 2 blue rays. How well these console versions awaiting a big day one patchwork at this time, but it’s possible that major story spoilers or some quests are coming soon. 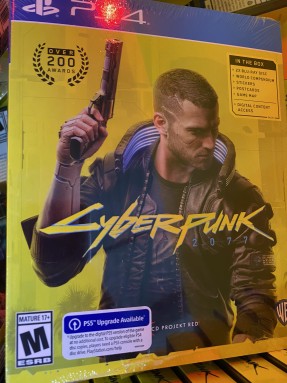 For the record, Cyberpunk 2077 is expected to arrive on December 10 on PC, PS4, Xbox One, Stadia, PS5 and Xbox Series. By crossing your fingers so that there are no more postponements.