Rumours about Source 2 Engine coming to Counter Strike : Global Offensive have been going around for years now. Dating as far back as 2015, many people started speculating that CS:GO might get ported to the new Source engine.

Valve has been playing their cards pretty close to their chest, revealing no information on this subject. However several leaks have been spotted lately which resurface this topic. Today we are going to look into what we’ve managed to gather about CS:GO on Source 2. 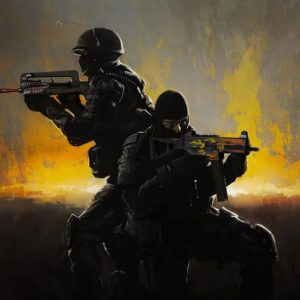 The predecessor, ‘Source’ was a game engine developed by Valve back in 2004, shortly after the release of Half-Life 2. Many games were developed on this engine such as Counter Strike : Source, Team Fortress, CS:GO etc.

In 2015, Valve released its new engine called Source 2. It ran games like Dota 2 at that time and the recently released Half-Life : Alyx. It made improvements on the previous engine, both in terms of graphics and functionality. Game development became easier with Source 2.

CS:GO was developed on the predecessor in 2012. With the release of 2015’s Source 2, fans started speculating a Source 2 port for Global Offensive.

With the possibility of a future port, a question comes to mind…

No, as that would cost them their valuable Global Offensive players. Back in the early 2000’s when CS titles such as Source and 1.6 ran parallel, many players would refuse to switch to the other. With CS:GO being one of the best eSports titles, and a constant source of economy for Valve, they wouldn’t want to divide the market for themselves. 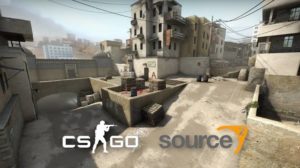 Additionally, Valve has always lent a good ear to player complaints, fixing and nourishing the game as we know it now. If there will be any new gameplay changing features, it is most likely that Valve would add them to CS:GO rather than develop a new game. 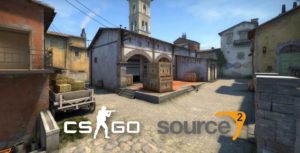 That being said, Valve shifting CS:GO on Source 2 seems plausible. They could do it via their beta servers where players who want to try it can do it. That wouldn’t affect the traditional CS:GO players and it won’t harm the custom game modes such as Surf or B-hop etc.

Changes To The Game

On the whole, the machanics and the gameplay of Global Offensive should remain the same. It is what fans love and enjoy and have grown used to. If it ain’t broke, don’t fix it.

However, a Source 2 CS:GO port would run better. It will provide a smoother and better gameplay with higher FPS and significantly improved graphics. It might also bring subtle changes to the game, such are the finer player movement, environmental changes etc. 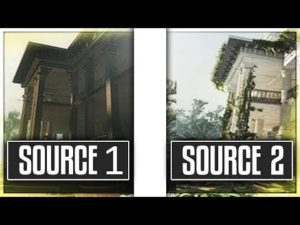 The current version of CS:GO runs on the old 32-bit Source Engine which uses the Havoc physics engine. The new Source 2 engine on the other hand uses a custom engine for simulating physics. It goes by the name ‘Rubikon’. With Rubikon, we might get to see more physics based objects in the maps and destructible walls.

Earlier this year, a Chinese website B5 on Weibo, which is similar to Faceit announced the date for Source 2 port. They made changes to their servers in order to better adjust to the new engine.

According to them, Valve was set to shift the game to the new engine on May 18th, 2020. The date also overlaps the release date of Steam in China. This provided more cohesion to the leak, but as we know it the port never arrived.

There is no confirmation from Valve for any future possibilities regarding the port. If the port does ever happen, CS:GO as we know it will get a massive overhaul. Let’s hope the game stays the same in essence.