COD Modern Warfare 2 (II) Crashing in Campaign mode: Is there any fix yet

COD Modern Warfare 2 (II) rolled out globally recently and folks are in love with the solo campaign mode. It has everything that players like in a game- excellent graphics, an engaging storyline, and lots of interesting characters. But, many players have been unable to enjoy the campaign mode in the game due to random crashes. This is a very frustrating issue because the game’s single-player mode has been working without any hiccups so far. It is quite disappointing that the game is broken even after so many days of launch. So, if you are also looking for a solution, then you have come to the right place.

COD Modern Warfare 2 (II) is one of the best titles in the entire Call of Duty series. Vanguard has been a disaster so folks were a little cautious about the recent title. Fortunately, MW II is an excellent game that delivers what it promised. This made a lot of players extremely happy. The revamped plot is also intriguing and it is fun to play through the missions. The multiplayer mode has been giving a lot of issues though. But now, the solo campaign has also started to show signs of bugs. 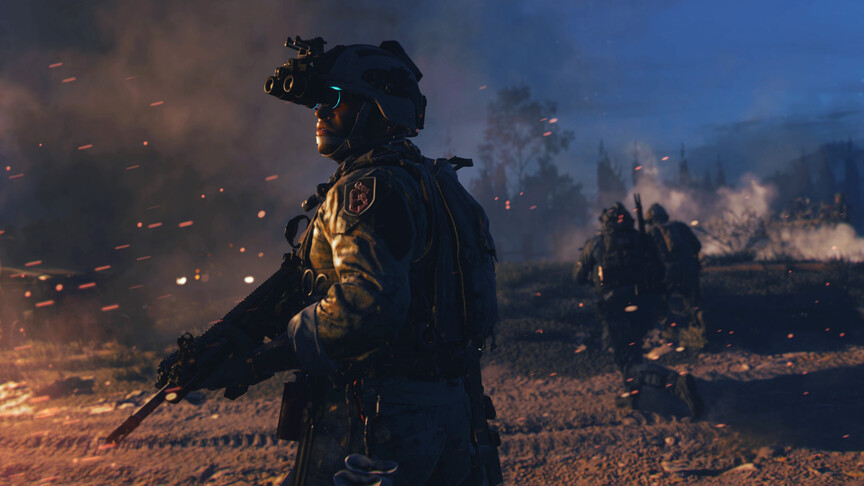 COD Modern Warfare 2 (II) Crashing in Campaign mode: Is there any fix yet?

Unfortunately, Activision has not rolled out any update to fix this issue in the game. A solution might take some time since only a few players have come across this bug. While this is disappointing, some issues take precedence over others. Right now, the multiplayer mode is plagued with all sorts of different bugs and glitches. So as of now, you can try some methods to resolve the issue on your own. We have mentioned some instructions below that will come in handy.

1) Restart the game and your system-

Simply restarting the game and your system can also sometimes fix this issue. So, this should be your first step when you encounter an error. Once you have completed this process, launch the game and check if the issue persists.

To do this, you will have to launch Steam and then go to Library. Here, right-click on COD Modern Warfare 2 (II) and then click on Properties. Next, go to the Local Files Tab and select the Verify integrity of the game files option. This process takes some time so be patient and then try playing the campaign.

COD Modern Warfare 2 (II) is a resource-intensive video game. So, make sure that your PC matches the minimum specs required to run the game. To play MW II smoothly, you need at least an Intel Core i3-6100 / Core i5-2500K processor, 8 GB RAM, NVIDIA GeForce GTX 960, and 125 GB available space.

Outdated GPU drivers can cause all sorts of issues in video games. It is possible that the current campaign crashing issue is also a result of this. So, make sure to keep your GPU drivers up to date. You can visit either NVIDIA’s or AMD’s website and download the latest version of the drivers.

While internet connection mostly matters while playing multiplayer matches, it is important in the campaign too. If the game disconnects from the network, then it is unable to connect to the servers. So, make sure that you have a stable internet connection. You should also restart your router and modern just to be sure.

If nothing else works out for you, then you should try reinstalling COD Modern Warfare II. But, always do this as a last resort. Also, make sure that your game is up to date before taking this step. If the issue still persists, then contact customer support.