Emulators are devices/ software that allows a system to behave like another. This allows users to access applications, games, and much more from the device they aren’t compatible with. The best example is using an emulator on PC to use Android apps and games. An even better example would be playing PUBG Mobile on a PC! But the world of emulators is much vast. Emulators can be used to play several games like PSP games and other consoles. A very popular name in the gaming world is Nintendo/ Nintendo Switch.

Nintendo 3DS Switch is a handheld gaming console. As the name suggests, this console provides a 3D experience without the requirement of any glasses. A new, official emulator has launched for Nintendo 3DS games, and hence, here we are with an article about it!

There have been a couple of unofficial emulators for Nintendo 3DS previously. But they’ve only contributed negatively to the process of building the official emulator. Citra Emulator allows users to play Nintendo 3DS Switch games on Android. Though the visual experience isn’t promised (which is obvious), you can play all the games on your Android device. Also, many users and pages are coming up with live feedback after playing on the Citra emulator. Check out the features below. 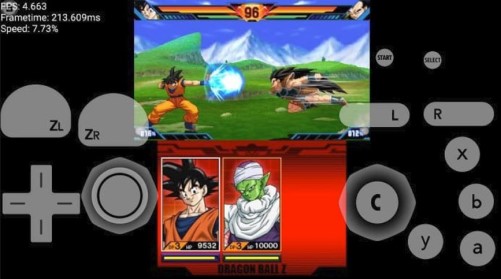 These are just a couple of features to name. The performance is reviewed to be excellent and very fast. For those who are new to play on emulators, the older version received a huge backlash. The unofficial emulators were slow and ruined the gaming experience. But the official Citra emulator promises the best functioning and support.

According to a source, Mario Kart 7 and Animal Crossing: New Leaf was tried on OnePlus 8 Pro and seems to work fine. Also, Citra recommends Qualcomm Snapdragon 835 chipset (or its equivalent) or above for the best emulator performance. As it is an official version, is now available on the Play Store to download.

First of all, the process of making the emulator has been commendable from the team of Citra. The officials have posted on their site the entire journey of building the emulator for Nintendo 3DS Switch. Click the link below to redirect to Play Store from where you can download the official Citra Emulator.