Google is the name recognized by almost everyone across the world, mainly because the application comes pre-installed in almost every device we buy today. It seems like the most popular search engine never ends up asking for any developments from the users’ end, but the developers are way too focussed to let things go. There are multiple updates lined-up for Chrome but the pandemic has put everything to delay. The Chrome v82 was completely skipped and the entire aim above all looks to be on Chrome 83.

Chrome 83 is currently in the Beta stage and will take a lot of time to reach the users as a stable update. But probably it is time to fast forward as here we are with an article, that will let you download the Beta version and directly upgrade your existing Chrome. Before all that, check out the new features of Chrome 83(beta).

Appearance is probably the most important thing one worries about while using an application/ device. As a result, Chrome Beta 83 has drastically improved form controls. Microsoft and Google have been trying to standardize the appearance of form elements. The Beta 83 seems to be the outcome of all the work put together. First of all, Google Beta 83 is seen to completely remove the gradient of form elements like radio and checkbox. Hence the design is more minimalist this time, as you can see in the images below. 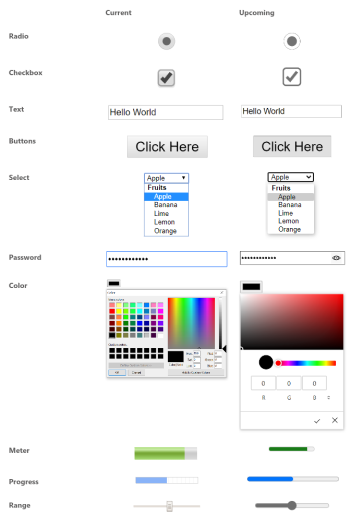 Developers have worked on the comfort of users too as you can see because the Beta 83 will now have drop-down menus for improved and easy navigation and settings (refer image below). Also, the beta 83 has improved functions of @supports selector () feature, that checks the availability of CSS feature. You will also get to see the performance.measure memory() function that estimates the memory usage of the active web page. 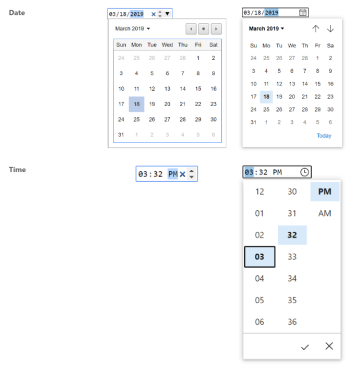 Other features include the enabling of Barcode Detection API and the display of display HTML on top of 3D rendered environments because of WebXR content. Also, download from sandboxed iframes is now blocked to keep users away from malicious ads, pop-ups, and fake download widgets.

It will take a lot of time for the stable version to release as an update for your devices. But you can download the beta version for now like early access, which functions completely well. Click the link below to be redirected to Apk Mirror from where you can download the Beta app.

This version automatically updates your existing Chrome version. Reach out to us via the comments section if you face any trouble downloading Chrome Beta 83.

Rest assured, stay tuned for related content and more updates. Also, share this article with all you know to help them use the latest and more advanced Chrome engine!