Rocket League is coming up with many updates and bundle packs lately. The game is basically based on soccer that is played in an arena.This game has the taste of soccer but in this game you have to score a goal with your car. Rocket League is a ‘vehicular soccer game’ published by Psyonix. It was declared a free-to-play game in September, 2020.

This game is a sequel of Psyonix’s “Supersonic Acrobatic Rocket-Powered Battle-Cars”, a game which was released in 2008. battle cars was not a successful game and it was also only available on PlayStation3. Yet Battle Cars received some mixed reviews and gained a family of  some loyal fans. Psyonix, after dealing with one failure, learnt from it and overcame it by success of Rocket League. Rocket League continuously introduces new designs and graphics in form of updates for its players. These updates play a major role in keeping it’s players engaged in the game. The update also offers various types of bundles which consists of goodies such as decal skins, goal explosion animations, new cars, boosts and many more things.Currently, there are 3 bundles out for the players. They are :

In this article, we are going to talk about the Bundle with Fennec, which is “Playing with Fire”. So, here is everything you need to know. 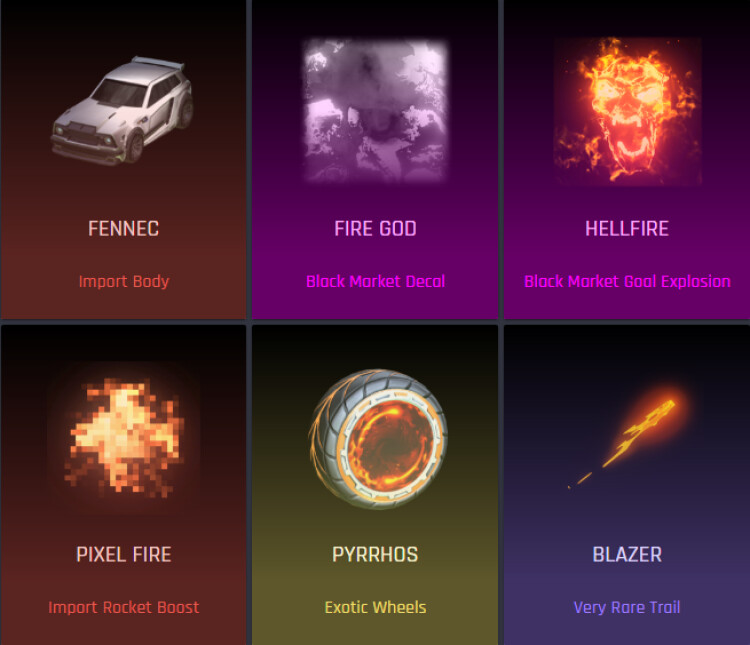 This Bundle can be purchased with 3000 credit points. When you will purchase this bundle, you will be seeing that there is a statement written in to bottom right corner that, “Items purchased cannot be traded with another players”. But, it has happened before, where there was written that the items purchased cannot be traded. But, when those items were purchased, players were able to trade them. It was a glitch that players faced.

In this bundle, I purchased this pack and there was not any glitches this time. The Fennec is not tradable in Rocket League. But, the goodies of this bundle looks amazing. Personally, this bundle is my favorite among all the three bundles available.