Solar Ash was recently made available on Steam. However, this game was globally released back in 2021. Now, Steam Deck owners are wondering if the game will run on their devices or not. While Steam Deck has become very popular, it still does not support a lot of games. So, most owners like to know more about a title before spending their money on it. It is better to gather as much information as you can before making the final purchase. People also have this concern due to the game’s performance on PC. So, we are going to address all these topics below and answer your questions.

Solar Ash is a high-speed visually appealing video game. The art style and the graphics look fabulous and the high-speed action is quite smooth. You are Rei who is on a mission to save her planet. She will face alien monstrosities in her journey who will do anything they can to stop her. So, you will spend your time dealing with these monsters and trying to stay alive. Alongside this, you will also unravel the mysteries of this planet. Now, a lot of people wish to know if they will be able to do all this on their Steam Deck. 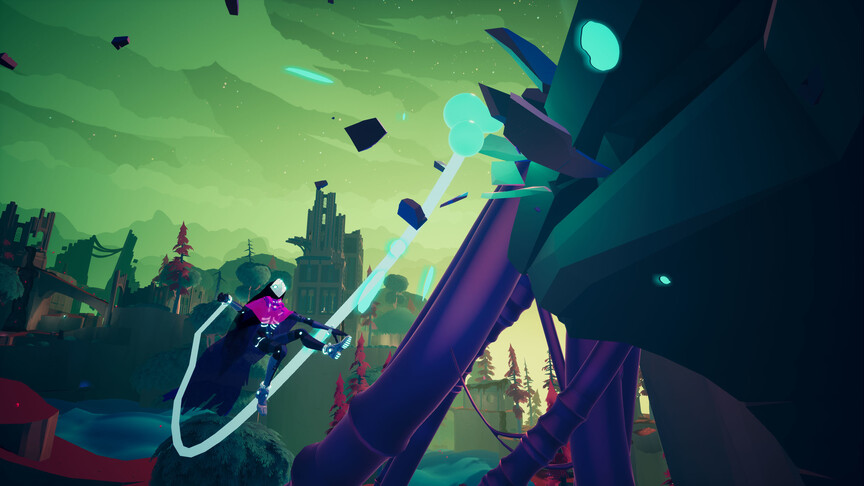 If you do not mind extremely poor FPS and very bad stuttering, then yes, you can play Solar Ash on Steam Deck. All the people who have played the game on Valve’s handheld console have reported poor performance. The game is unable to run on higher graphic settings and also struggles to give above 30-40 FPS. Some players have also reported glitches and other bugs as well. This is not too surprising because Solar Ash has similar issues on PC as well and Steam Deck isn’t officially supported by the game.

This is rather disappointing because Solar Ash is a beautiful game. The fast-paced action will keep you hooked for a long time. The amazing art and graphics are also spectacular. But, all these things are meaningless if the game fails to perform well on a device. Now, some players have also noticed that a few of these issues get fixed after crossing the initial stage of the game. So, you will need to check things out for yourself or wait for the devs to confirm that Solar Ash is fully supported on the Steam Deck, which we don’t think will happen anytime soon. Till then, stay tuned to Digi Statement, and happy gaming.