Wondering if you can catch the golden snitch and be the hero of the match in the game? Continue reading to find out.

Almost everyone who has read or watched Harry Potter wants to experience playing Quidditch. Naturally, folks are wondering if they can play this thrilling sport in Hogwarts Legacy or not. The highly anticipated Harry Potter game takes place quite a few decades before the events of the original novel and movie series. But, this does not mean that the magical world does not have all the things that made the original series such a big hit. So, if you are looking for more information about this topic as well, then you have come to the right place.

Every Harry Potter fan is waiting to get their hands on this upcoming wizarding video game, Hogwarts Legacy that features an exciting journey. The game has been under development for quite some time now. The developers have been releasing gameplay footage to keep the fans interested. Now, we finally have a release date for the game. Players are extremely excited to explore the open world of Hogwarts Legacy. This action RPG will allow you to explore and experiment with different magical things. However, most players are wondering if they will be able to participate in Quidditch matches in the game or not. 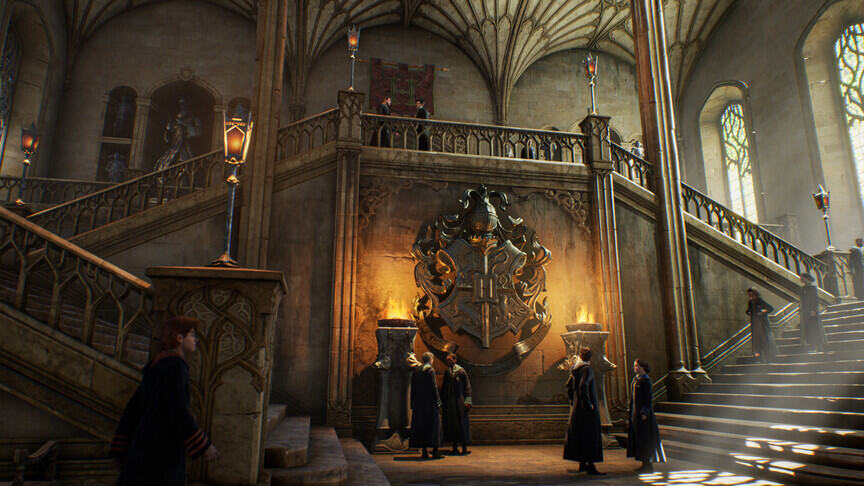 Unfortunately, you will not be able to play Quidditch in Hogwarts Legacy. This is rather disappointing news for all the fans was always wanted to be a part of this sport. The sheer thrill of the game is more than enough to keep the players hooked. But, the devs have revealed that players will not be able to partake in this activity in Hogwarts Legacy. Although this is sad news, we are sure that some mods will be made available featuring this gameplay.

Well, Quidditch would have been a perfect distraction from studies and fights in the game. It was always a treat to watch Harry catch the golden snitch or his teammates score a goal. Unfortunately, players won’t be able to be a part of this excitement. Though, you will be able to fly around the place using your broom and participate in race challenges. As of now, everyone is hoping that the devs add Quidditch to Hogwarts Legacy in the future. Well, this brings us to the end of this article. We hope that you found it helpful. Stay tuned to Digi Statement, and happy gaming.