Call of Duty Modern Warfare Season 3 & Warzone update got live yesterday. The new patch 1.19 brought a myriad of new content to the game. Warzone received a lot of bugs fixes.

But Warzone fans & player base were not happy with the update, as it removed the trios mode from the game. Call of Duty Warzone forums were filled with the players requesting the return of Trios mode.

Well, it seems like their requests have been heard as Infinity Ward took the route of Twitter to confirm that a playlist update is rolling out on all platforms & Trios has been added back to the game. Have a look at the official statement down below. 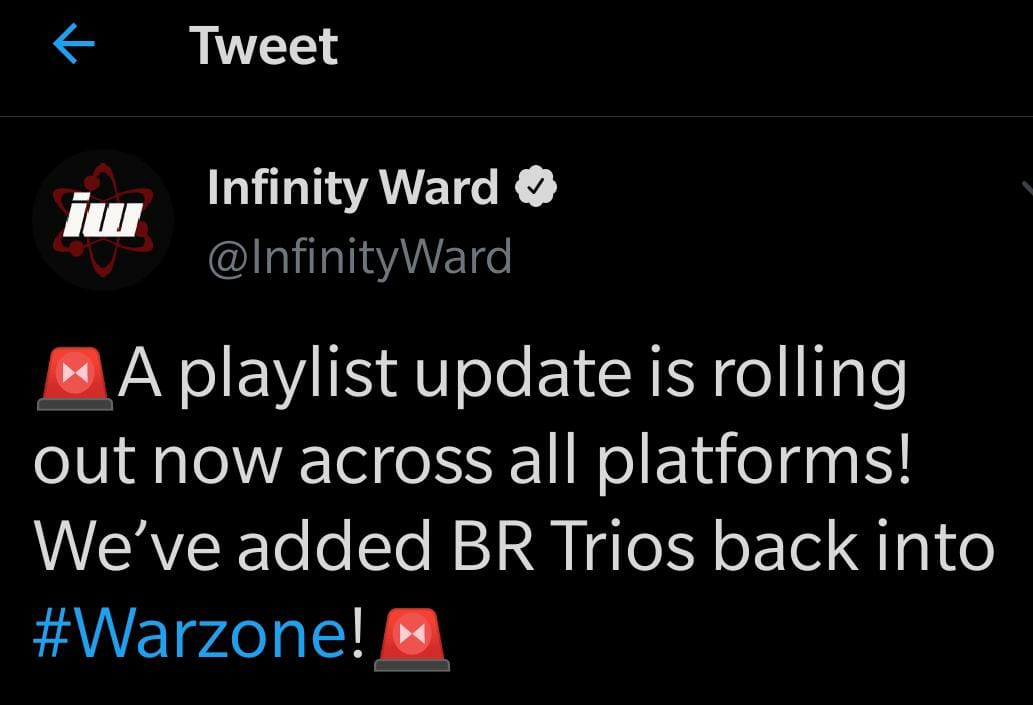 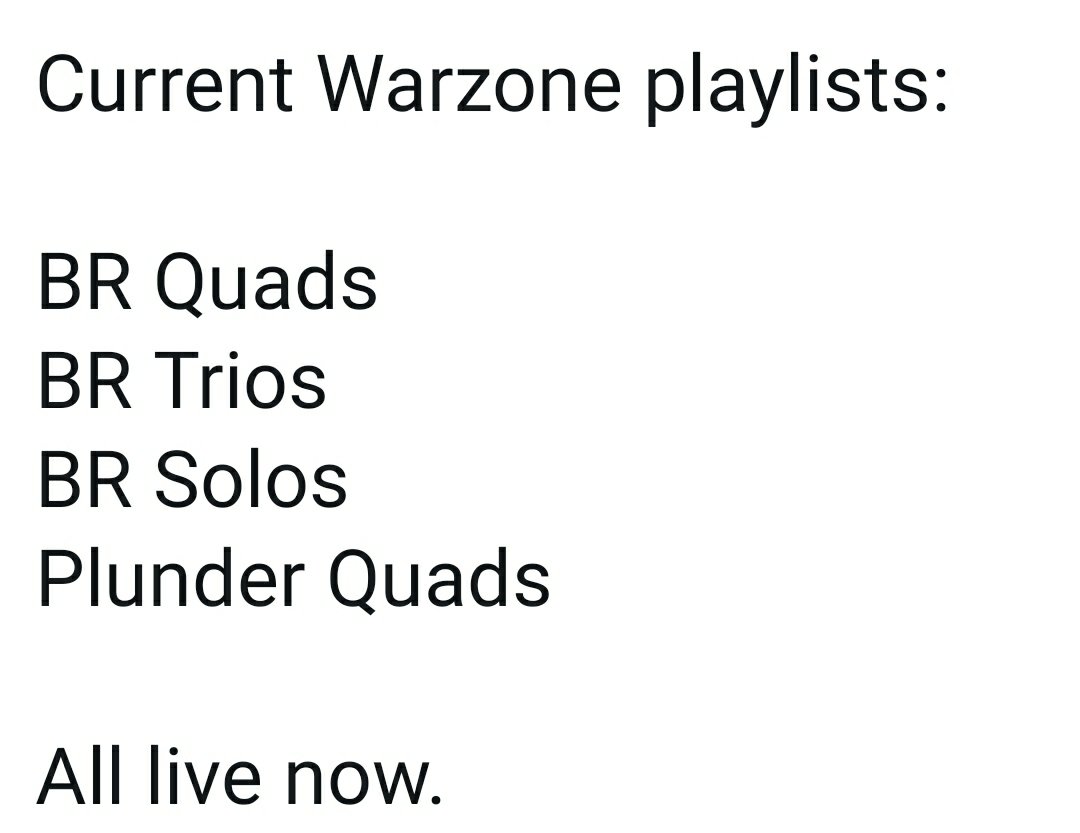 Warzone bug fixes which arrived for with the yesterday’s update can be checked below.