Call of Duty Modern Warfare players were experiencing a variety of issues over the last few days. Many players were not receiving XP, while many others were losing progress. This issue was affecting a large base of players.

Well, if you are facing this issue, fret not, as Infinity Ward has addressed this issue today. To compensate this issue, the 2XP, 2XP Weapon and 2XP Tiers event will stay on until Tuesday, April 7th at 11PM PST. Have a look at the official statement down below. 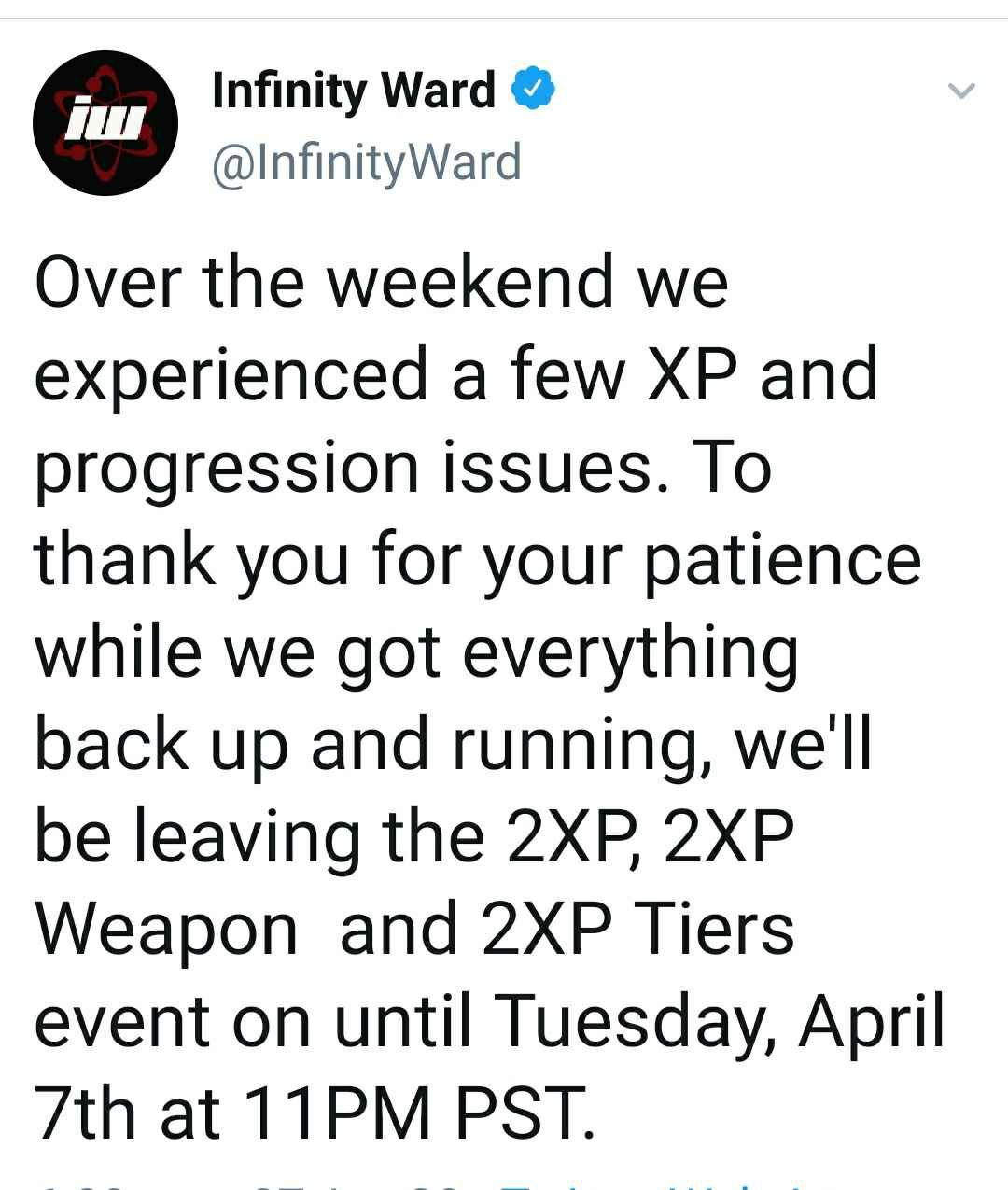 Players on Xbox are also facing one another issue which is yet to be resolved by Infinity Ward. Earlier on April 4, Activision Support confirmed that they are investigating the issue of Ghost Bundle not showing in the Modern Warfare game for Xbox players.