A new update will be rolling out tomorrow, which will bring a new patch version 1.19. Season 3 will roll out with the new patch update. According to the official statement, the update will release across PS4, PC, Xbox at the same time in all regions. We will update this space with the official patch notes, stay tuned for that too.

Talking about the new season 3 update. The new update brings Modern Warfare’s campaign operator – Alex, along with two new operators – Ronin and Iskra, which will be available later in season 3. Another highlight of the new season is the new Warzone mode – Quads. After Solo mode, Infinity Ward is now adding Quad mode in Warzone. 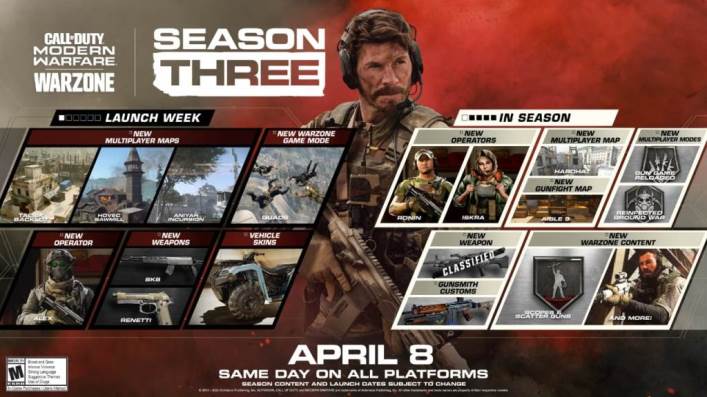 Other than this, other content like MP modes, new weapons, new maps will be available in the game. Check out the official roadmap of the season update below.

We have posted dedicates articles for update patch notes for both Call of Duty: Modern Warfare and Warzone.

Visit the link mentioned below to check out the official patch notes.