Weapon Mastery Calling Cards have been a staple feature of the Call Of Duty franchise. Calling cards have appeared in titles such as fan favourite Modern Warfare 2. Absent from many of the past entries, calling cards have once again become the subject of discussion.

Weapon mastery calling cards were a great way to customise your multiplayer experience. Players were able to earn them by completing objectives or by securing a win in a specific game mode. Various promotions also have the players a chance to earn them. Once received, you could head over to the “Personalisation” menu in the Multiplayer screen to equip them. Players could use different calling cards along with emblems in a variety of customisation options. Upon their introduction in the franchise, they quickly became a fan favourite feature.

Recently on a Modern Warfare sub-reddit thread, Infinity Ward’s Art Director Joel Emslie made an announcement. He said that weapon mastery calling cards were under development for the game. He proceeded by saying that the cards were under visual development and have yet to be finalised and tested before the official global server release. So far there is no estimated time of arrival from the developers.

A few days ago, images of the calling cards were gathered through some data mining and posted on the website ‘CODTracker’. These images included the .357 calling card for earning Damascus. Many other cards were also seen via data mining. 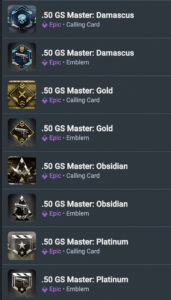 When these cards will be released, they will bring along with themselves more challenges for the player base to indulge in and reignite the hype for Modern Warfare. The question is, if Infinity Ward is including weapon mastery calling cards in Modern Warfare, will the other fan favourite features also make a comeback? Tough to say anything in full certainty but fans sure hope they do.