Call of Duty Modern Warfare game was released on October 25, 2019, and it is available on all the platforms including Xbox One, PlayStation 4 and Windows. The game has been well received by fans and has also been praised by critics.

Today, Infinity Ward has revealed the details regarding Call of Duty Modern Warfare Season 1 which is arriving to the game on December 3. It is also bringing a lot of new content for players. You can check it’s complete details by heading here.

Rolling out now is a quick fix for an issue where the Royal Decree pistol wasn’t unlocking properly as a Tournament reward. Show off that win! 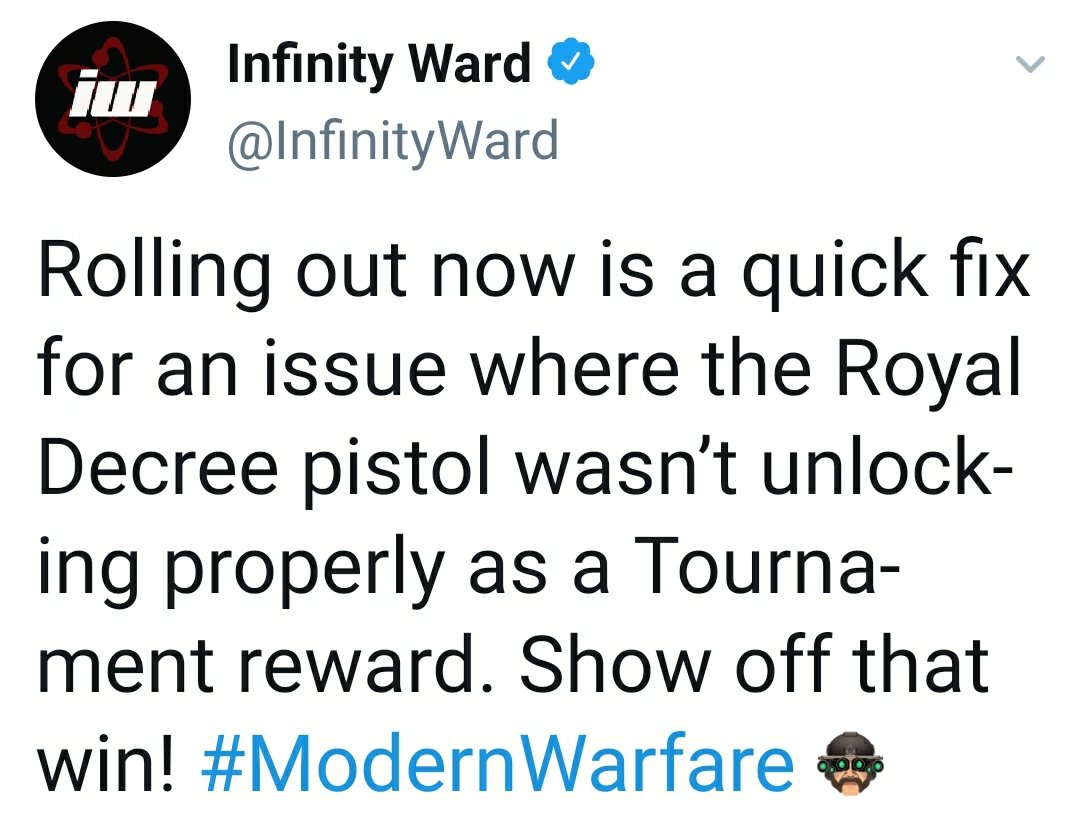 We will update the column, whenever the issue will get fixed. So stay tuned and keep checking our feeds.