Infinity Ward and Activision has dropped the details regarding Call of Duty Modern Warfare Season 1. The game was released on October 25, 2019 and is available on all the three platforms which includes the following: Xbox One, PlayStation 4 and Windows. 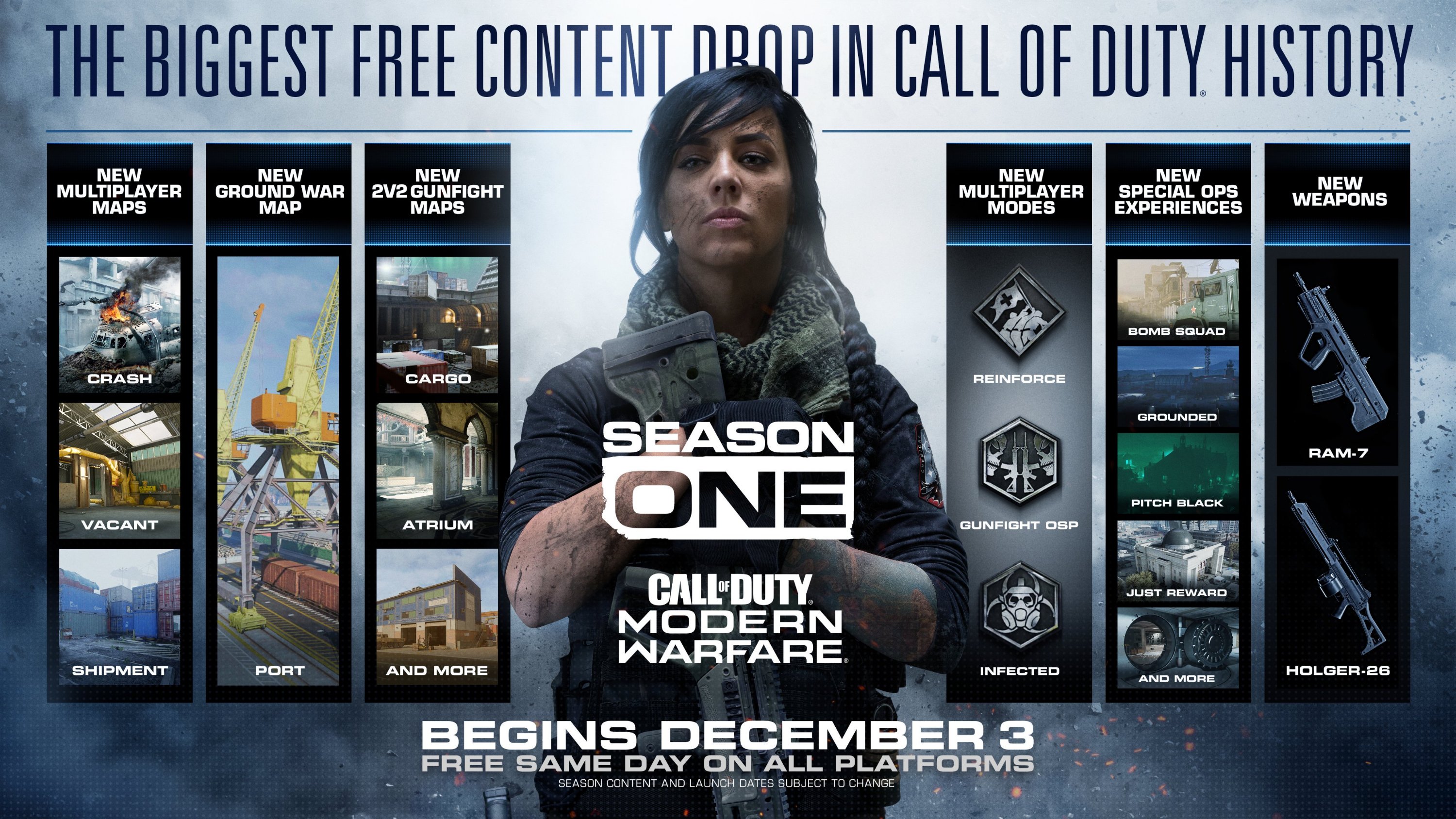 Call of Duty Modern Warfare ditches the loot system for Season 1 and it will have a battle pass system for both free & premium users. Players will be able to unlock a lot of exciting cosmetics under this new Battle Pass System. Premium Battle Pass will be purchasable through in-game COD points.