Recently, several Call of Duty: Modern Warfare players have been complaining about the issues in the leaderboards. Players reported the problems on various social media platforms. Fret not; you are not alone.

Well, on searching more about this, we came to know that the issues are occurring because the maintenance of Call of Duty: Modern Warfare leaderboards are in progress.

Below, you can check out the official statement by Infinity Ward on Trello. 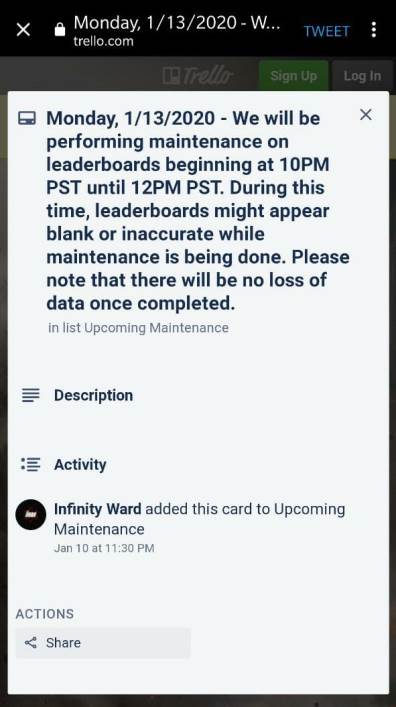