Call of Duty Modern Warfare is one of the most popular titles of 2019. The game received positive reviews, both from fans & community. It is available on all the major platforms including PC, Xbox One & PS4.

Today, a new update for Call of Duty Modern Warfare was about to go live at 11 pm PT. The patch 1.18 was expected to bring a new map – Khandor Hideout, new operator Talon & two free new modes.

But it seems like Coronavirus outbreak has disrupted the release schedule of the new update, as Infinity Ward has confirmed on Twitter that patch 1.18 update has got delayed. The official statement from Infinity Ward reads as follows: Tonight’s scheduled title update is being delayed and is set to release in the coming days. Please stay tuned for more details and updates on release timing!. 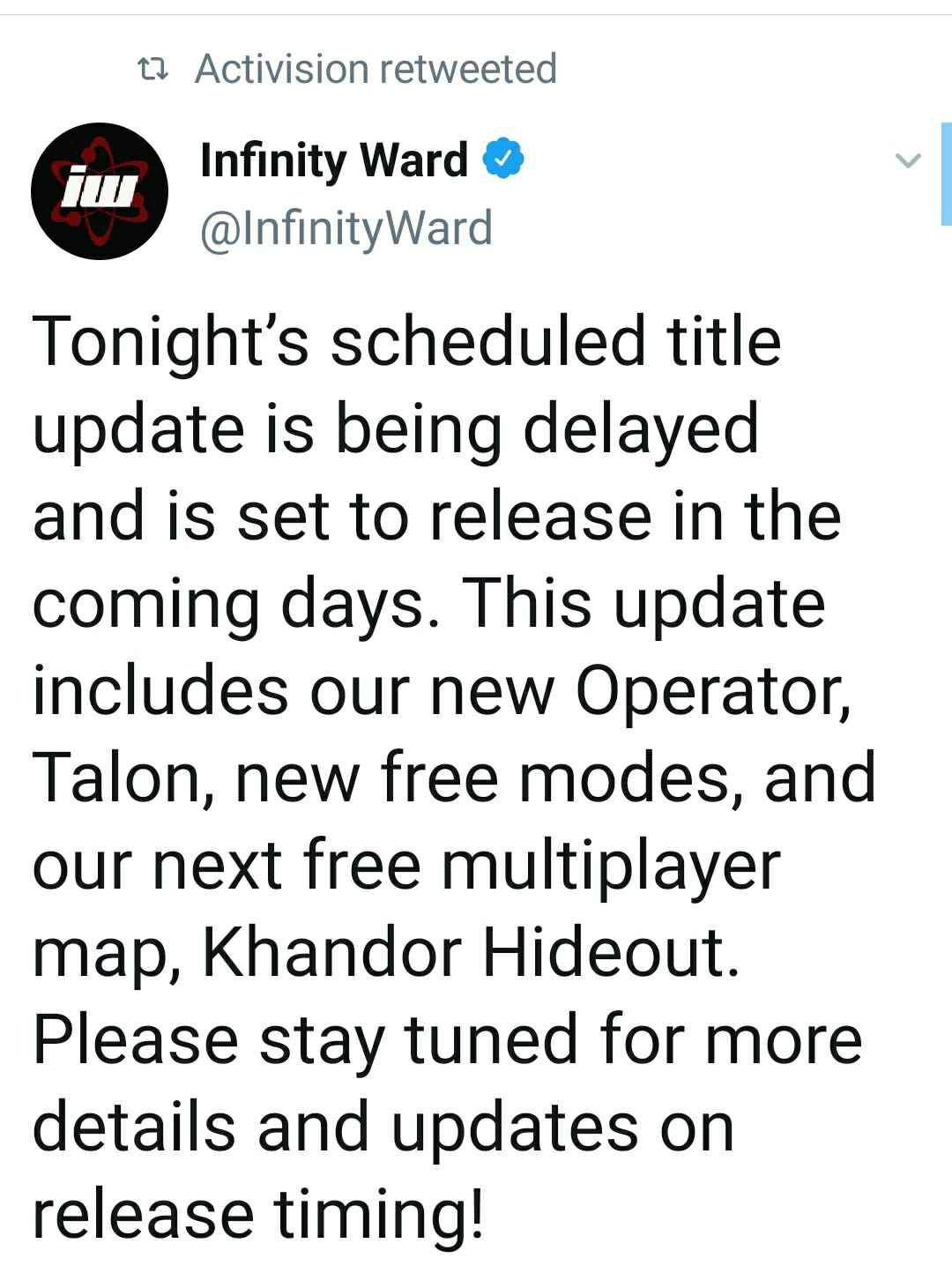 Well, Infinity Ward has not confirmed any new release date of the patch. Rest assured, we’re keeping a close eye on all the developments, and will update the story with relevant info as and when we come across any.