Call of Duty: Mobile is currently the most popular mobile game in the world, which is developed by Tencent Games and inspired by Call of Duty Black Ops 4, which also features a Battle Royale mode. The game was downloaded more than 150 million times on the app stores within its first month of global release. Not only this, with COD: Mobile, the publisher, generated more than $54 million of revenue, breaking all existing records in the mobile gaming history.

Well, the game has managed to engage millions of active users worldwide, and credit for this goes to the developer team. The developers of Call of Duty: Mobile have been releasing new game features, new game modes, new weapons, operators, and a lot more with the updates. These updates ensure the regular engagement of the players. 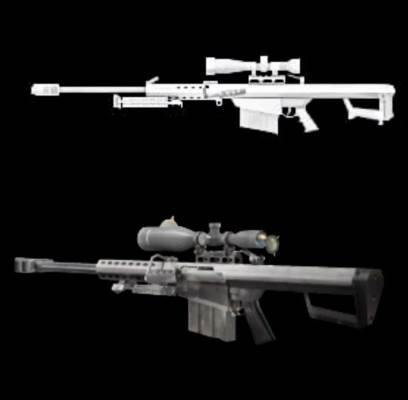 Talking about updates, now CODM fans have their eyes fixed on the next major update for the game. You might have guessed it right. Fans are now waiting for the Call of Duty: Mobile season 4 update, which will be dropping soon. And as always, we will be getting new game features, new weapons, new operators, new maps and a lot more.

Well, we have covered some of the leaked content in our recent post. We will mention the links below, make sure to check out the posts for more details.

Now, let’s talk about the new maps in Call of Duty: Mobile. The details and images mentioned below are based on the info provided by the game leakers and data-miners. It should be kept in mind that these maps are still in beta testing and game files. Still, there is no official announcement of the release of any of these maps.

The very first multiplayer map that will be available in the game is Cage. We predicted Cage to release in season 3, but it looks, developers are planning to release in next season. You can check out the images leaked by the twitter user (@CODM_murdablast). The image shows the map layout of Cage.

Check out the in-game image of the Cage map posted by the Twitter user (@icaro_maicom).

Coming to the next map, a Youtuber (@Grow Positive – COD Mobile), claims that a new map called Shipment will be available in Call of Duty: Mobile soon.

Shipment map is the smallest map in the Call of Duty series, and it is filled with shipping containers, giving it its name. The map is almost entirely symmetrical in design, and its small size invites some intense and fast match-making. Shipment made its debut in Call of Duty 4 and appeared in 2019’s Call of Duty: Modern Warfare too.

Well, it’s not official if it will be making its way in season 4 of Call of Duty: Mobile. But, if it does, we can expect it to bring a new 2v2 multiplayer mode too.

Ladies and gentlemen, season 3 of Call of Duty: Mobile will be wrapping up by the end of this month and several leaks are showing up constantly on the internet. Previously in this post, we mentioned the two maps which might be available in the new season of Call of Duty: Mobile. And today, we are here with some more intel on the leaked maps in CODM.

According to the Youtuber (@Grow Positive – COD Mobile), one more map named Meltdown may make its way to season 4 of COD mobile. The map is symmetrical and will be available for all multiplayer modes.

You can check out the map layout below.

BONUS: Thanks for reading till the end. The featured image (at the very top) is an in-game screenshot of the Meltdown map.

That’s all about the upcoming maps in Call of Duty: Mobile season 4. Again, these are just leaks, no information mentioned above has been announced officially by Activision. Stay tuned, as we will be updating this post with the latest leaks and news.

According to the in-game announcements by the creators, the new map named – Cage will be available in the game on the release of season 4, that is, March 1.

WWE Network Down – Super Show Down 2020 stream not working