Recently, some Twitch and YouTube streamers have been receiving the leaked teasers for Call of Duty Modern Warfare and Warzone. A total of 3 teasers have been leaked and all of them provided new information and details. The first teaser, which was revealed on 20th July, suggested that season 5 may introduce “Loot Trains” in Verdansk. The second teaser which was leaked one day after the previous teaser, showed that there will be an explosion inside the Warzone Stadium.

The latest teaser suggests the introduction of Shadow Company

The latest leaked teaser has been received by popular YouTuber, JackFrags. This teaser appears to show more footage from the CCTV inside the Warzone Stadium. It is a brief clip of 6 seconds, but it is similar to the second teaser revealed by TeePee. The clip shows the aftermath of the explosion at the Stadium.

The package received by the creator containing a USB drive also included a rook chess piece and a letter. This letter shows an important message from the infamous Shadow Company, a rumored squad that is most likely to appear in Season 5. The letter is from Marcus Ortega, the Senior Officer of the Shadow Company. 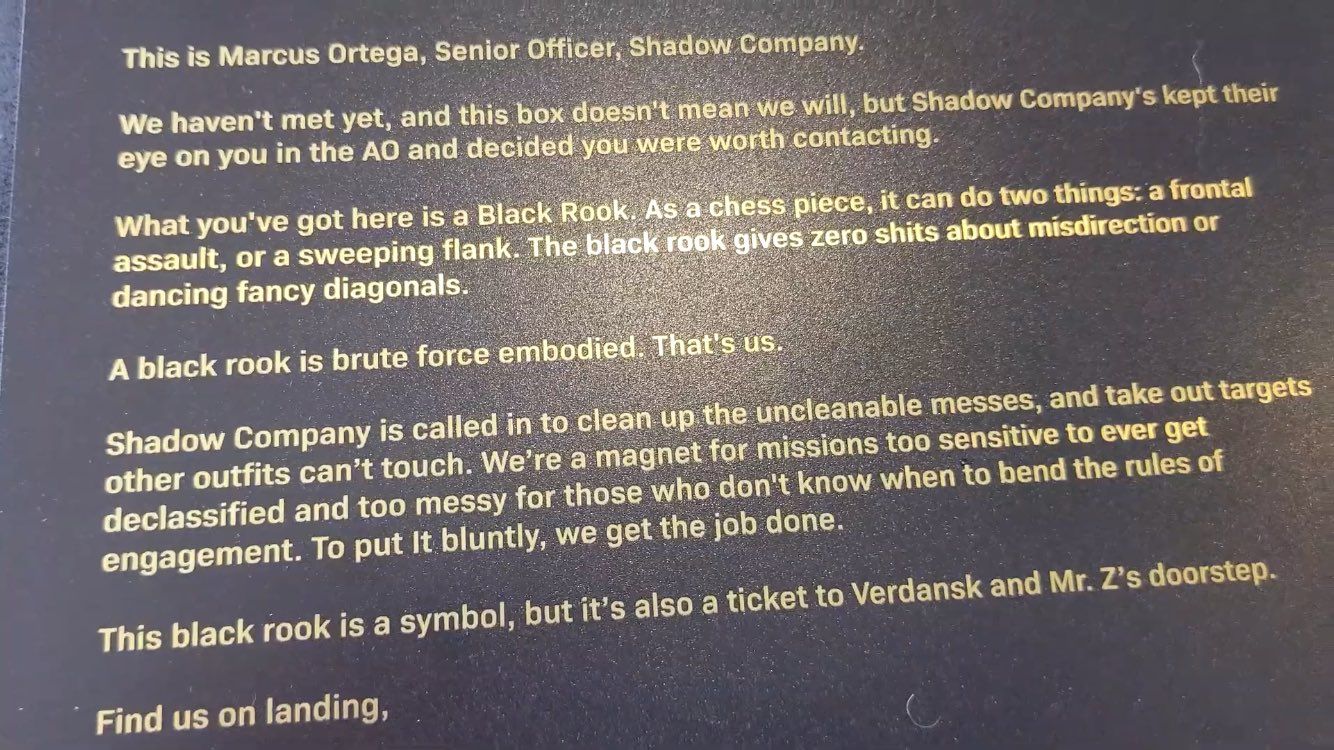 This letter could suggest that either Rook or General Shepherd will be released as an operator. Alongside this, it could also suggest that the Shadow Company is being reunited. We will have to wait and look out for the next teaser to piece these clues together.

We will keep you updated with all the latest information and details about the season 5 of Call of Duty Modern Warfare and Warzone.