Android 10 finally makes it way to the Black Shark series!

With tons of devices in the market for everyone, gaming smartphones have got a whole different place. Yes, talking of now, we have a lot of flagship devices in the market solely meant for gaming. When it comes to gaming, Xiaomi‘s Black Shark smartphones ace the race. Black Shark is an ultimate lineup of flagship gaming smartphones. Every device from the Black Shark series is a powerful beast and offers optimum specs. These devices run on their own custom OS, JoyUI. The Black Shark 2 is the second installment from this legendary gaming series. It was launched back last year around the same time in March. 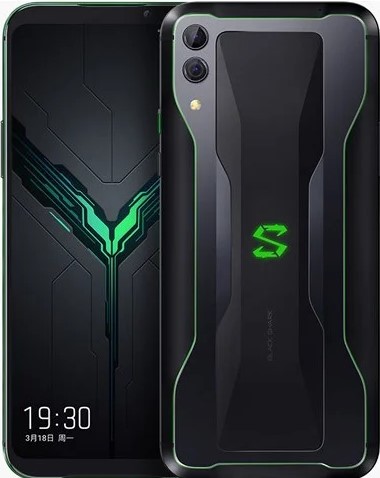 The Black Shark 2 comes with a huge and beautiful 6.39 inch 1080p AMOLED display along with a 240 Hz touch-sensing rate. The device houses last year’s extremely powerful Qualcomm SM8150 Snapdragon 855 chipset. This device offers upto 12 GB of RAM and 256 GB of storage. Black Shark 2 is a real beast when it comes to extreme performance. The device has an amazing dual-camera setup at the back with a 48 MP sensor as the primary camera. On the front, it has got a 20 MP shooter for capturing selfies. The device is fueled by a huge 4000 mAh battery which comes with 27W super-fast charging.

Black Shark 2 came with Android Pie out of the box. Now, it’s more than a year already to this device. Users of this device have been waiting for the Android 10 Update. So, the Black Shark 2 runs on JoyUI. It is a custom OS made for the black shark series. It comes with a cool UI meant for gamers along with other optimizations and features to enhance the overall gaming experience.

It’s the season of updates, and many OEMs are rolling out tons of updates to many of their devices. Xiaomi has also rolled out Android 10 updates to many of its devices. The Black Shark series devices were the most awaited ones to receive the update. It seems like the wait is finally over.

The JoyUI 11 update based on Android 10 for the Black Shark 2 is currently rolling out. As said by Black Shark in a tweet, this is the initial test build of the OS. This is not yet over, the OEM also confirmed that the Black Shark Pro will start receiving the update from 30 April as well. The final stable build will start rolling out from 6 May for both these devices.

The update brings all the features and services from Android 10. The update also brings system optimizations and improvements to enhance the overall experience even further. The OTA update is rolling with the firmware version SKYW2004221OS00MQ0 and is around 1.88 GB in size. This is the first batch of the initial build of the update. It will only be released to a few people. Some users have already received the update.

Since the first batch of the update is limited to only a few people, you will receive the update if you’re lucky enough. But hey, there’s nothing to hurry about, because the final OTA update will start rolling out globally from 6 May to every unit of the Black Shark 2 and the Pro models as well.

Stay tuned for further updates on the Android 10 update for Black Shark 2. Also, share this article with all those people who have been waiting for this update.

Best Classes for each Character in Trials of Mana Remake | Guide

[Guide] Huawei bootloader unlock: How to unlock the bootloader of Huawei and Honor devices

[Guide] Huawei bootloader unlock: How to unlock the bootloader of Huawei and Honor devices