The most auspicious moment has come where the fans will finally witness the true Anti-Magic form of Asta. In the next chapter, Tabata sensei will show the combined overwhelming power of Asta and his demon. On the other hand, Yami has been waiting for just one blow from the Anti-Magic sword so that Dante wouldn’t regenerate. So, what will happen in the next chapter? Will Asta become successful in landing his most powerful Anti-Magic attack on Dante?

In this post, we are going to discuss the fans’ predictions in the next chapter, release date, and spoilers.

Black Clover Chapter 258 titled “A Captain’s Duty” was released yesterday and is written by Yuki Tabata. The previous chapter has covered the team battle of Asta and Yami against the devil host, Dante. But the key part of the chapter was the interaction between Asta and his devil. Tabata sensei has shown the maturity in Asta. He wanted to surpass his limits, but he also wanted to become reliable to the captain that has faith in him. This made him bargain from his demon for power. Justified by the statement of Asta’s demon, “I can’t do it as things stand though. I need something suitable in exchange.”, has depicted that to lend the power of demon, one should sacrifice his own body part to the demon. Asta had done the same thing by sacrificing his right arm and obtain the demonic power which gives him off a complete anti-hero vibe. 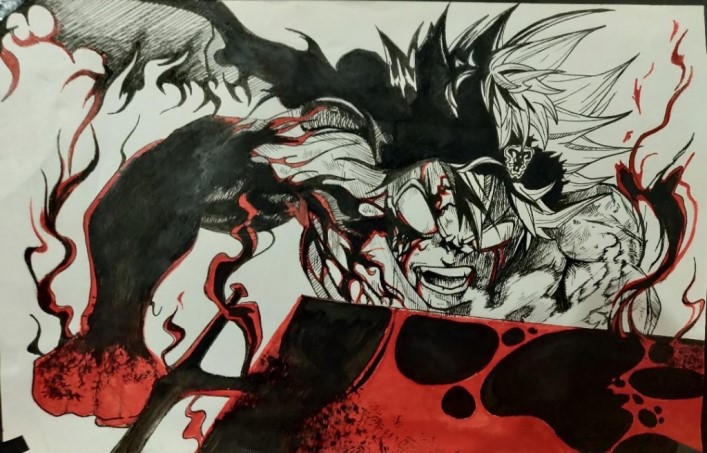 According to our predictions, the next chapter may show a glimpse of the consequences of this “Devil’s Bargain”. There is a slight possibility that the giant anti-magic arm will stay with Asta for a while as one of the consequences of bargaining with his demon. The one consequence is that now Anti Magic demon can take over Asta’s arm anytime. We have already seen in the Heart Kingdom where Megicula took over Vanica’s body like a dual personality.

Well we know you’re craving for the next chapter, but let us inform you all that the next release will delay for a week. Due to some unknown reasons, the next chapter is on hiatus for a week. Black Clover Chapter 259 will release on August 2, 2020 at 12 pm JST.

Where to read the latest Black Clover Chapter 259 –

You can read the previous chapter of Black Clover from the official website of MangaPlus or Viz Media. Fans can also read the black clover manga on Shueisha app. If you want to read Black Clover Manga online, you can reach Viz Media.