The only approach to overpower the stronger opponent is to surpass the limit and the Black Bull members are expert in this. Tabata sensei has shown the fullest power of the strongest villain in the Black Clover series ever. Now the situation has come where our protagonist must stand to overthrow the antagonist. But how Tabata sensei will show the outcome of this battle?

In this post, we are going to discuss the outcome of the battle, release date, and predictions.

The previous chapter titled “Rise of Action” had shown the continuation of the duel between Yami and Dante where Yami almost killed him. As we mentioned in our previous clover article, Dante has been using his Body Magic: Regeneration back to back. The ability of his Body Magic allows him to regenerate that makes him immortal. Here Tabata sensei has made the figure of Dante so vicious that even Yami frightened. Even Dante in his monstrous form has agreed that Yami is superior to him in terms of instincts and techniques. But the overwhelming power of immortality alone renders Yami incapable of beating him. In the end, Yami has figured out that he can’t defeat Dante on his own. So, he decided to call Asta for help. 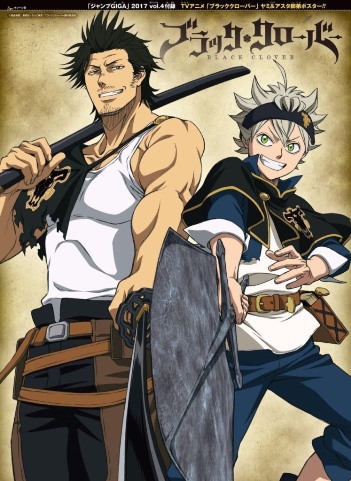 This was the first time Yami called Asta by his name instead of the kid. This moment has made the fans tear up a bit. In the next chapter, we will see Yami and Asta fight together against Dante. Yami may be thinking to defeat Dante with the help of Asta’s Anti Magic so that he could not regenerate himself. On the other hand, Dante is the strongest among all the Dark Triads, so we are pretty sure that he is not going to be defeated at this point in the chapter. According to the Reddit, Finral and Vanessa may join the battle to save their captain. Therefore, it’s up to Tabata sensei how he turns the circumstances of the battle in the next chapter.

Black Clover Chapter 257 was released yesterday under MangaPlus and Viz Media. Black Clover is a weekly scheduled manga hence the next chapter will officially release on July 19, 2020, at midnight JST. Black Clover Manga is written by Yuki Tabata and comes under Weekly Shonen Jump magazine and has a total of 24 volumes.

Where to Read Black Clover Chapter 258

You can read the latest chapter of Black Clover, once it gets release officially on MangaPlus and Viz Media. Here we are giving the link to the previous chapter. We will come back with raw scans once it gets scanned on Reddit till then, stay tuned with us.