The strongest knight of the Clover Kingdom, Yami Sukehiro has landed one of his most powerful attacks on Dante in the previous chapter. But is this enough to defeat Dante? The answer is No. Now, Tabata sensei is going to add up a reinforce for Yami against the devil host, Dante.
Alert! Spoilers Ahead. Reddit has posted the raw images of Black Clover Chapter 257 today. So, in this post, we will discuss the limit breaker supported by the main protagonist of the Black Clover series against Dante.

In our previous article on Black Clover spoiler, we predicted that Dante might regenerate himself by using some forbidden technique of his flesh magic. After acquiring the raw scans of the next chapter, we can happily say that our prediction is up to mark. 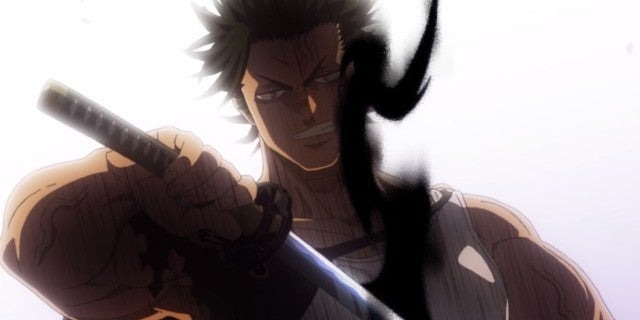 The first image shows a glimpse of the previous chapter where Yami inflicted his most powerful attack on Dante. This image might be the theme image of the next chapter. Tabata sensei has made this duel as one of the strongest battles in the black clover history.

The second image is the continuation of the first one. It shows a nasty smile on Dante’s face which flaunts that he is prepared for the second round with Yami. Dante has been using his devil power at 80 percent hence he is not going to defeat so easily, isn’t it?

The third image is going to be the peak moment for all Black clover fans. In this image, Asta is struggling to enlist himself in the fight. He saw Yami in his limit breaker form, so he also must do the same to save his friends.

The most awaited moment has come. The fourth one might be the half image but it shows wounded Yami and Asta’s Demon Slayer sword. It is perspicuously displaying that Asta will be teaming up with Yami to beat Dante. Dante has already been in type disadvantage and now Anti-Magic will join the battle. We are all hype to see Asta and Yami fight together like old times.