To say chapter 122 of AOT was one of the best would not be wrong. This series has always made viewers question about what is the actual truth. This chapter may have solved many mysteries of the series. Chapter 122 covered so many aspects of AOT and the genius of Isayama. Finally, we know the history of the founder titan and Ymir Fritz.

After getting his head blown off, Eren after coming in contact with Zeke enters the path realm, where they get to meet the founder Ymir. When Zeke orders Ymir to sterilize all the Eldians, Eren runs towards Ymir to stop her, only to find him hugging her and telling her she no longer has to listen to others and be a slave. He tells her she has all the right to be free. 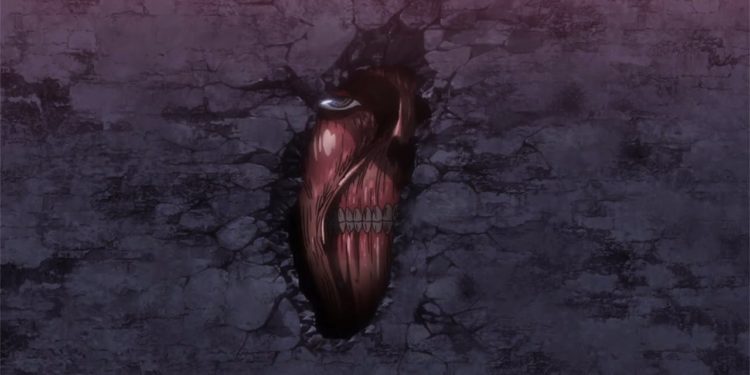 We get a history on Ymir (2000 years back) in which it is shown how she was a slave to an Eldian tribal leader Fritz. Once she was accused of losing cattle due to which she was let loose in the forest with dogs behind her. There she fell into a chasm beneath a tree while she was trying to find a safe place to hide. There she merges with an unknown substance which transformed her into a titan. 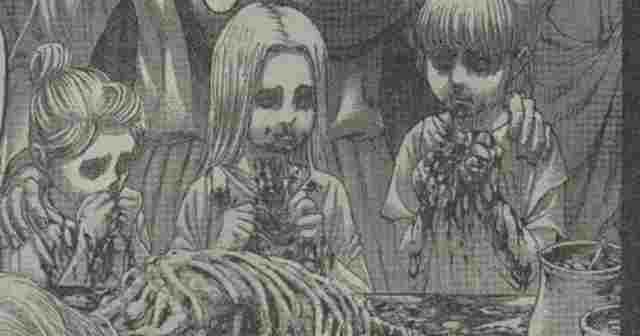 Fritz then keeps her as a slave for herself, using her for his land, wage wars on enemies and to bear his children. When the king got attacked, Ymir threw herself in front of him dying at the spot, and instead of  sympathizing, he orders her to get up and when she doesn’t,  he cuts her up and feeds her to her 3 daughters, Maria, Rose, and Sheena, so to pass her power to the future generations. He commands his daughters to bear children so that the blood of Ymir does not die out.

In the present, Eren holds Ymir not to obey orders from Zeke and that she has the right to choose then to serve. Back in Shiganshina District, a long spinal cord connects Eren’s decapitated head with his body. Though the battle continues, Wall Maria begins to shatter beneath and around the combatants. Wall crumbles, revealing the Colossus Titans inside.

We will finally get to see the ‘Rumbling’ in the next chapter but we still don’t know what Eren’s plan is. From the last few (or like many) chapters he is shown to be the typical villain (I think) and we came to know he was the actual mind behind the massacre of the royal family which he does by ordering/forcing (Ironical, isn’t it) his dad Grisha to do it. But the current chapter pretty much clears that he is against slavery. Mikasa and Armin’s scene is sure to be there showing their reaction to Eren’s transformation.

The term rumbling refers to the unleashing of all the colossal titans trapped inside the walls upon Earth to destroy everything.

Finally, what I think is we may get to see where Levy and Hanji (I mean like come on; it’s been forever). After all, now is a perfect time, logically too, to show them. Like panels where we will get to see every character’s reaction on the Rumbling process.

Right now, Eren has the most supreme power in his head and it would be interesting to see how he uses it. The image below shows Eren’s revival and the freeing of the titans from the wall. 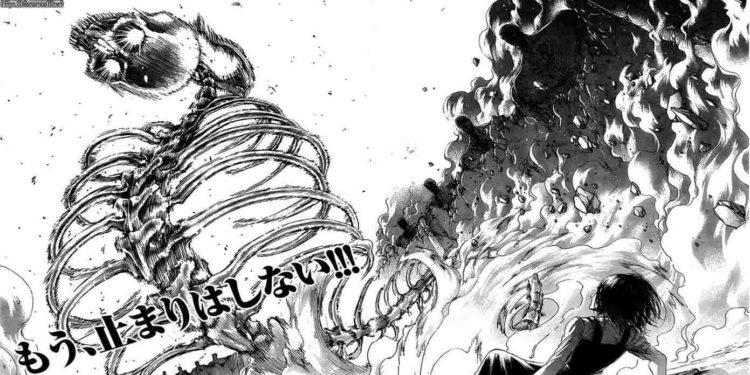