ASUS is a China-based tech company that rose to fame in a very short period. ASUS was not the first pick for smartphone lovers during the early 2010s. ASUS entered the world of gaming with its launch of ROG series and that’s when the revolution began for the brand. The brand is all set to launch its ROG Phone 3, showing no halt in taking gaming to a whole new level. Other than gaming series, ASUS ZenFone is a very famous smartphone series of the brand that shows impeccable features.

Starting with the display features, the ASUS ZenFone Max Pro M3 is rumored to display t\all the quality content via a 6.3” display. The resolution of the display would be 1080 x 2340 pixels and 409 PPI pixel density. We can expect an IPS LCD screen on this model. The base variant of this device will most likely rock a 64GB ROM and 4GB RAM. 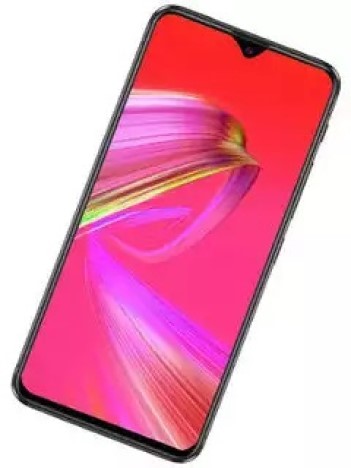 Multi-camera setup is all that we now see in the upcoming smartphone devices as the emphasis. The ZenFone Max Pro M3 will rock a triple camera setup at the rear end where 48MP will be the primary sensor, 8MP for wide-angle and 5MP as the depth sensor. The front camera of the device is rumored to be a 20MP selfie shooter. We can expect the cameras to support and function features like Digital Zoom, Auto Flash, Face detection, Touch to focus and more.

We can expect the device to be supported by a massive 5000mAH battery backup. Keeping up with all the good features, this model will boot on Android v10. Coming to the worst part, in the generation where Snapdragon 865 is the talk of the town, the ZenFone Max Pro M3 is rumored to be powered by a Snapdragon 675 chipset. Though the news is not confirmed, this is how things would most likely turn out to be!

ASUS has completely shifted its target towards gaming. Its gaming series of the smartphone has become the ideal comparison for all the other devices that are coming up with high-end features. But the brand has been nearing its downfall in the mid-range section, not producing the best of phones, leaving the audience unimpressed. As you can see in the very ASUS ZenFone Max Pro M3 chipset, the brand is promising something a lot more outdated than one could expect. All that we can hope is, this model of ASUS takes the business up the flight for the brand after they correct all the flaws.

The base variant of this phone as mentioned above will be a 64GB 4GB ROM holder. We can expect the price of this variant to cost around Rs. 12,999, a complete mid-range beast!

There is no official announcement about the release date of ASUS ZenFone Max Pro M3. But rumors have been hitting the web that the device will be released on the 16th of April 2020

Note: We will update the article when we receive any news about ASUS ZenFone Max Pro M3, so stay tuned. Also, share this article with all those who are waiting for this gadget.

ARK: Survival Evolved servers down : Servers are down on Ps4 for many users