ASUS– a brand that has been the hot topic for a while now. ASUS has been achieving unbeatable heights in the world of smartphones as well as laptops. The company made the move that not a lot of people approved of- to take gaming to an international level with affordable and workable factors. The greatest product of the brand is the ROG- laptop or mobile, you decide!

The ASUS successfully launched the first and second model of the ROG series on mobile. But the halt is nowhere near as the details regarding the ASUS ROG Phone 3 is already out and the specs are blowing the minds of not just audience, but of other brands too that are gradually spreading their markets toward gaming.

The device is rumored to equip a 6.59-inches AMOLED display with a resolution of 1080 x 2340 pixels. The screen will be protected by a Corning Gorilla Glass v6 with a pixel density of 391 ppi. With an Adreno 640 graphics, the device is expected to be twice what we could experience with an ASUS ROG Phone 2. 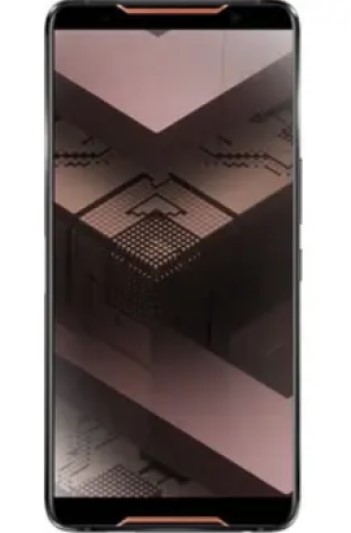 Though the camera setup is the least one would bother about in a gaming device, the ROG Phone 3 is rumored to equip a massive triple camera setup where 48MP would be the primary sensor, 13MP for wide-angle and 8MP as the depth sensor. The front camera would be a 24MP selfie shooter and the camera quality is expected to be outstanding, just like what we got to see in the other two versions.

And to the most awaited part, the device will be run by a 6100mAH battery, absolutely what we could expect when ASUS comes up with a new gaming device! ROG Phone 3 would be powered by a Snapdragon 865 and the device reveals only one variant as of now- 8GB RAM with 256GB ROM.

The audience has mainly been wanting a cut-down at the price from the rumored cost (mentioned below). The ROG Phone 2 was comparatively of a lower price and the people just cannot get over the fact that the ROG Phone 3 comes with a whopping cost that not all of us can afford. Also, the rear end design has been pretty consistent (yet amazing) for both the versions. A change included in the ROG Phone 3 could gather new audiences toward the series.

The cost of the ROG Phone 3 is rumored to be around Rs. 72,400 and as mentioned before, a cut down is something all the people might want before the official announcement. Air-vents in the smartphone are the only things that make this cost unquestionable. But, ASUS does provide an option for base variant selection, where additional equipment like a gamepad, cooler, etc. are excluded in order to cut down the cost. The base variant of the ASUS ROG Phone 2 was Rs. 37,000 and the expected base variant cost for the ASUS ROG Phone 3 is Rs. 41,000.

The ASUS ROG Phone 3 is rumored to be released on March 12, 2020, and the world already seems to be ready to instantly book it when out, in-spite of the high-budget.

Rest assured, we will update the article when we receive any missed-out news about ROG Phone 3, so stay tuned. Also, share this article with all those who are waiting for the device.

Out of all the official and expected details about the ASUS ROG Phone 3, we have received a piece of confirmed news that the device will be launched with a pre-loaded Stadia gaming cloud service. Giving a small preview of Stadia is, it is the most high-profile gaming streaming service which was launched in November 2019 (paid version). This streaming platform will help users play games directly without downloading and streaming them (but the games will still have to be purchased with real-time money).

The ASUS ROG Phone 3 can stream the latest games via Wi-Fi directly to any ROG Phone, including the upcoming ROG Phone devices too, without needing to download them. Stadia can support gaming at 4K resolutions and 60 frames-per-second, with HDR and 5.1-channel surround sound support. Also, this tie-up gives ASUS ROG an edge over Nubia and Black Shark, the current ROG Phone rivals as they don’t have any high-end cloud streaming and gaming support like the Stadia.