ASUS has hit a different peak in the world of tech. Being a leading computer manufacturer is one thing. But creating the same magic in smartphones as well by bringing the same computer series to mobiles is something most brands have failed miserably in. Yes, we are talking about the ROG series here. But in the field of mobiles, ASUS has also gained a strong range of users who have fallen for another popular series from the brand.

The ASUS ZenFone series is for buyers looking for smartphones at a lower price range yet expecting a great performance trusting the level of devices the brand has manufactured earlier.

The most popular device from this series is the budget flagship ZenFone 6. The Android 11 beta is already out for a limited number of ZenFone 6 users. But the latest update for the beta users in the U.S. enables VoLTE on T-Mobile. Here is the full update log- 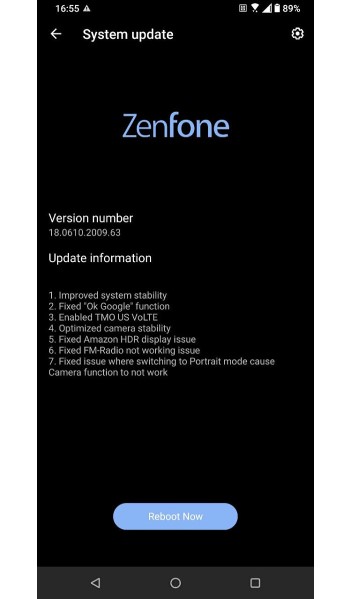 This beta update version comes with build number 18.0610.2009.63. The update is rolling out for users who have already updated their ASUS ZenFone 6 to Android 11 OS.

ASUS ZenFone 6 was released in May 2019. The base variant of this device currently costs around $680. The ZenFone 6 sells out in Midnight Black and Twilight Silver colors. This device comes with Android 9 OS out-of-the-box and users received the Android 10 update on time. The Android 11 beta was made available for a few users last month.

Samsung Galaxy S20 FE will not receive OneUI 3.0 update in the first wave of release