Last year in November, ASUS rolled out the Android 10 update for its flagship Zenfone 6 series. Later the update was pushed to the Zenfone 5Z, but the mid-range Zefone 5 was left out. However, here is some good news for Zenfone 5 users. The smartphone will not be left with the Android 9 Pie as the company has started to release the Android 10 beta for the smartphone.

Asus has its custom UI for its smartphones called ZenUI, but it nearly a stock Android with some customizations. However, Android 10 beta for Zenfone 5 will not be based on ZenUI; instead, it will be AOSP so, if you are the one who likes ZenUI for any region, then ASUS has advised users to stick with the Android 9 Pie.

Asus haven’t provided any changelog or other details about the Android 10 for Zenfone 5, but users can expect the Android 10 features like system-wide dark mode, new navigation gestures, improved Digital Wellbeing tools with new parental controls and a lot more.

If you own a Zenfone 5 and willing try out the Android 10 then you can download the firmware files from the links given below. 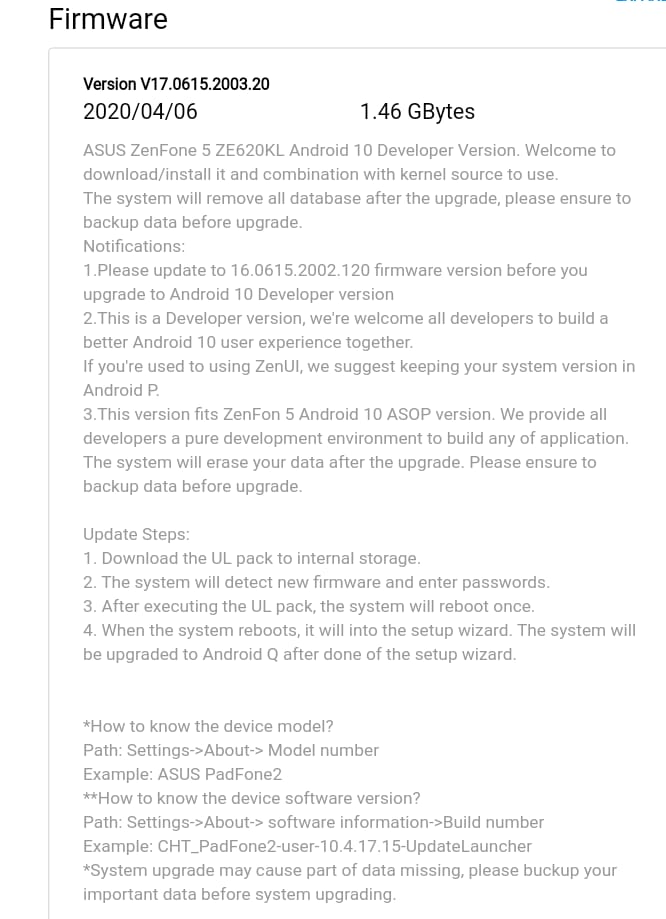 Note: Before installing the update, you should keep in mind the installing the beta update will fully erase your data, So make sure to backup all your essential files. Also, the software should only be flashed to WW SKU.

[official update] Snapchat Down again, You are not alone : Snapchat not working for thousands of users again