Assassin’s Creed : Valhalla is on the verge of release with the game set to launch soon in late 2020. Long time fans of the series are excited to see Ubisoft‘s take on the world of the Vikings. How the developers tie the Norse mythology in the lore of the series is yet to be fully seen. Although, Ubisoft Montreal released a cinematic trailer for Valhalla sometime ago, we’ve yet to see what the actual gameplay looks like. Or so was the case up untill yesterday. 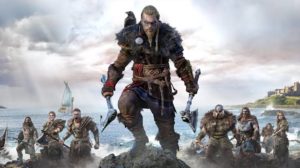 A few hours ago, Ubisoft suffered a big leak when a 30 minute long gameplay footage of Assassin’s Creed : Valhalla appeared on YouTube. The video quickly caught everybody’s eye as it showed off key elements of the game. Elements such as story, open world design, combat and equipment menu were all layed out. 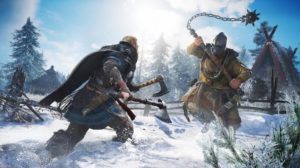 Ubisoft quickly reacted to this and filed a copyright claim on that video. As of now, the video isn’t available anymore as YouTube has taken it down. That being said, multiple copies of the footage have since then surfaced all over the internet. More and more people are swarming to see what the game looks like.

From what we saw, Assassin’s Creed : Valhalla sticks closely to the previous releases of Origin and Odyssey. The series went through a mild reboot after the launch of Syndicate. It dropped a majority of stealth mechanics in favour for a combat driven game. Valhalla follows the same re-established structure. Moreover, we noticed a skill menu system which resembled the one we have seen in Skyrim. 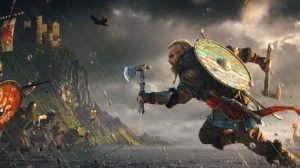 Publishers were set to release the gameplay footage a week from now on 12th July. Ubisoft’s immediate reaction to the leak suggests that the gameplay might be genuine afterall. However, there might be a slim chance of it being fake. The video has been taken down so we can’t plug it in here. Through we’re sure in the coming few days, before the official reveal it will surface again.