Armstrong Outage – Internet down & not working for many users

Armstrong, the company that offers TV, phone and internet service over cable in Pennsylvania, Ohio, Maryland, New York, West Virginia, and Kentucky is currently down & having an outage at many locations. Since last 4 hours the internet is down for many users. 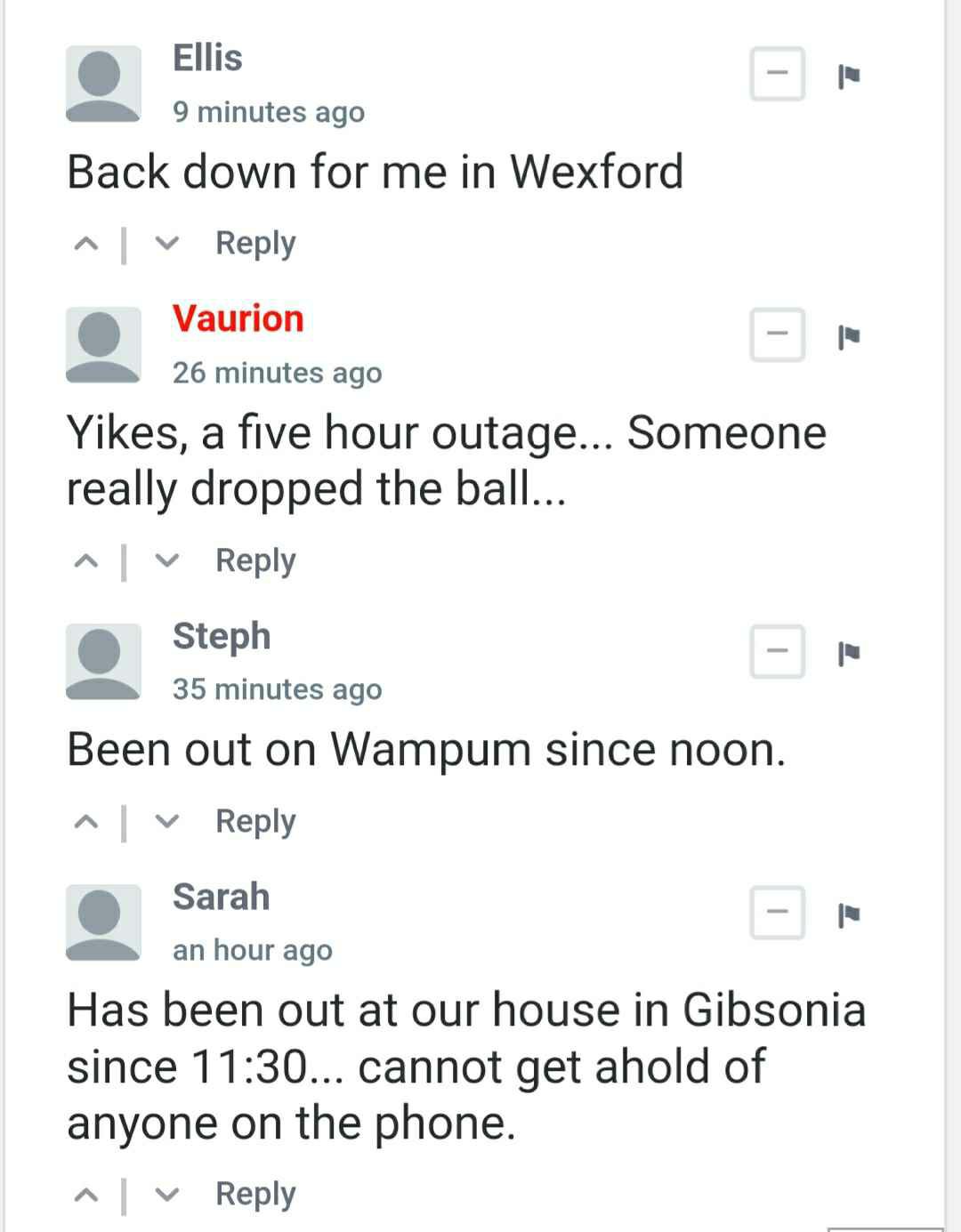 Down detector – a renowned service that gives details about live outages – also conveys that it is indeed going through a glitch in some regions, as can be seen in the image below. 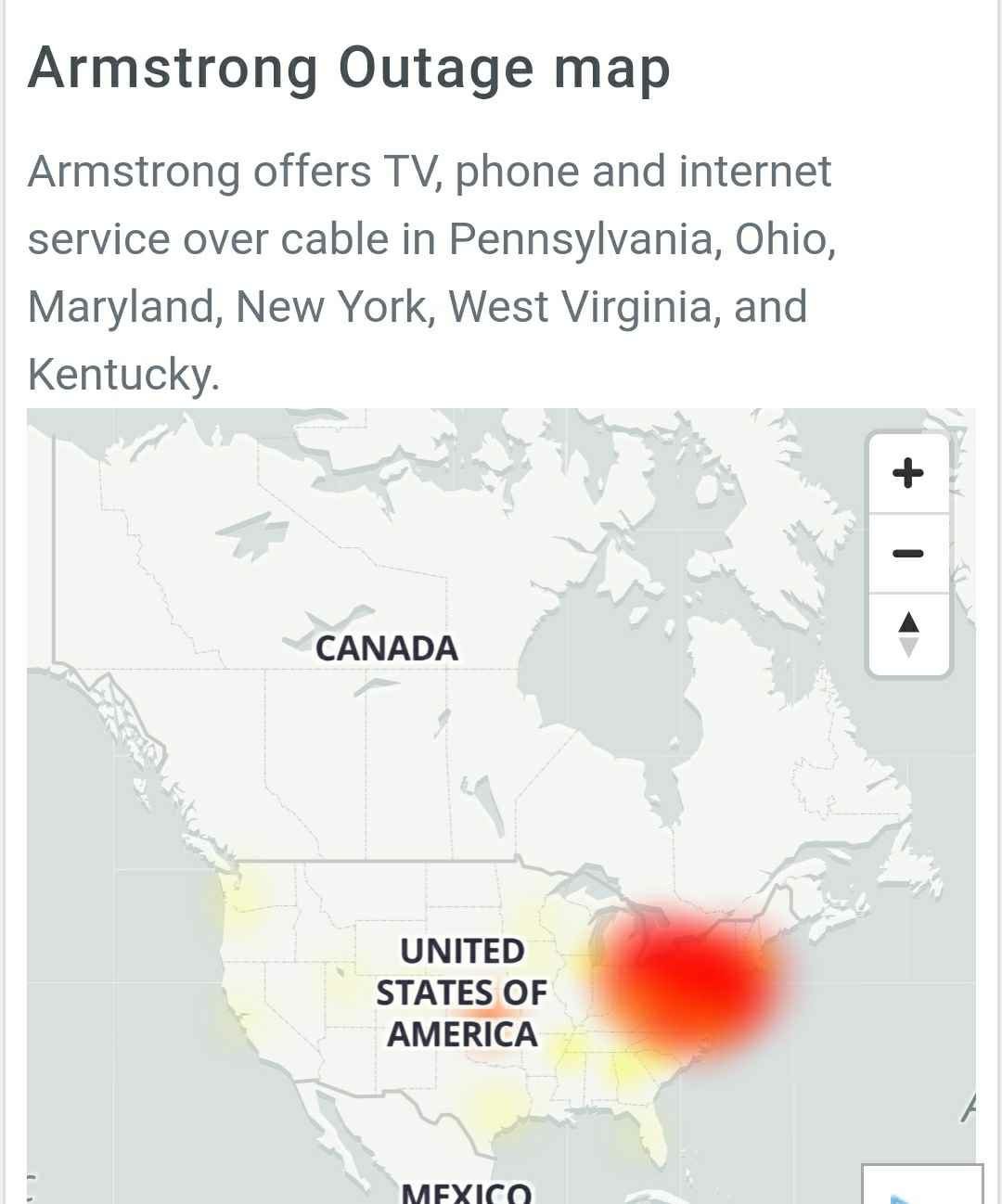 Four hours ago, Armstrong officially confirmed on their Twitter channel that there is an interruption of service. Have a look at it down below. 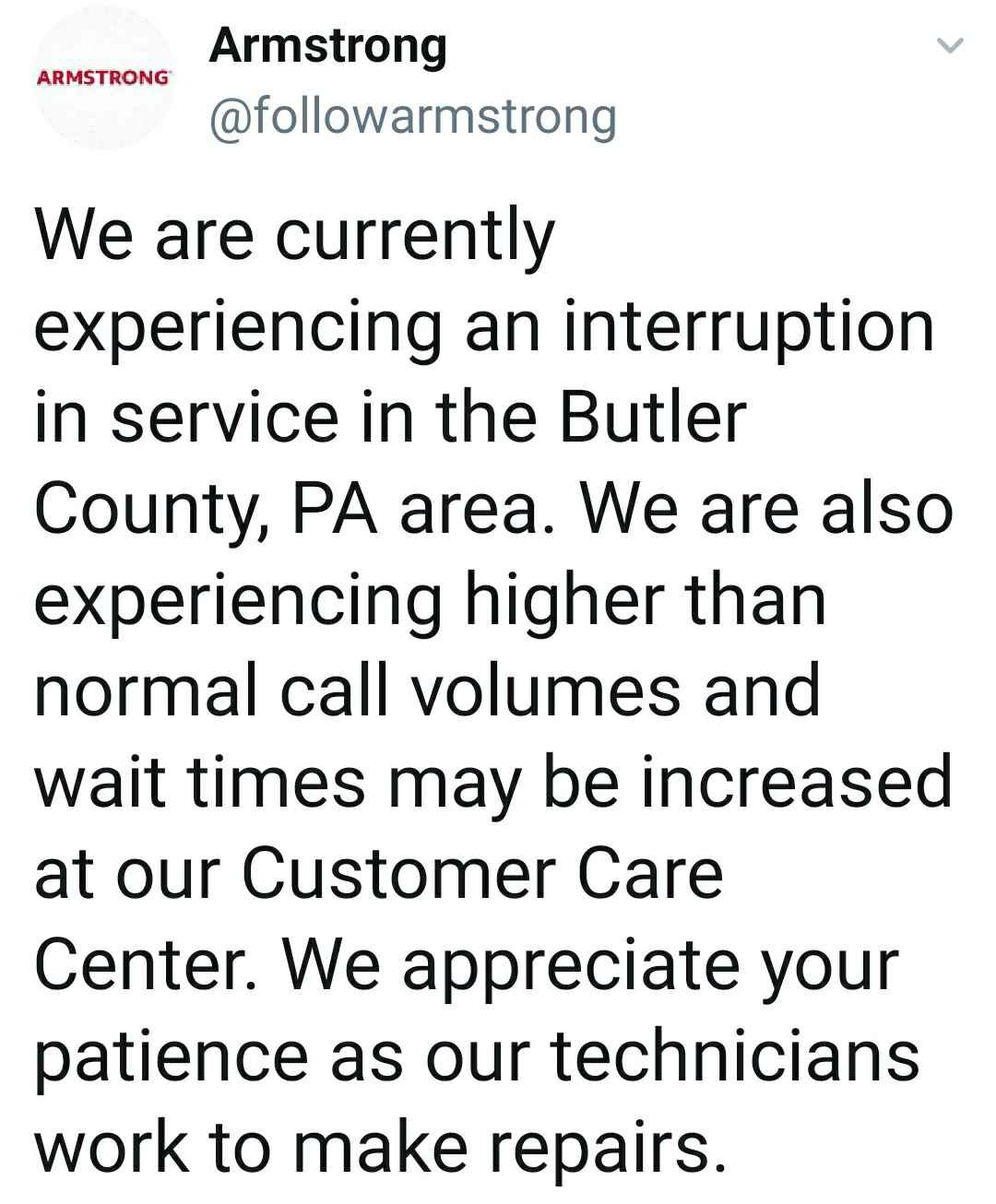 Now, it has confirmed that internet issues have been resolved. But some users are still facing an issue with the internet. Rest assured, we are keeping a close tab on all the developments & will update you with more information, whenever it arrives. 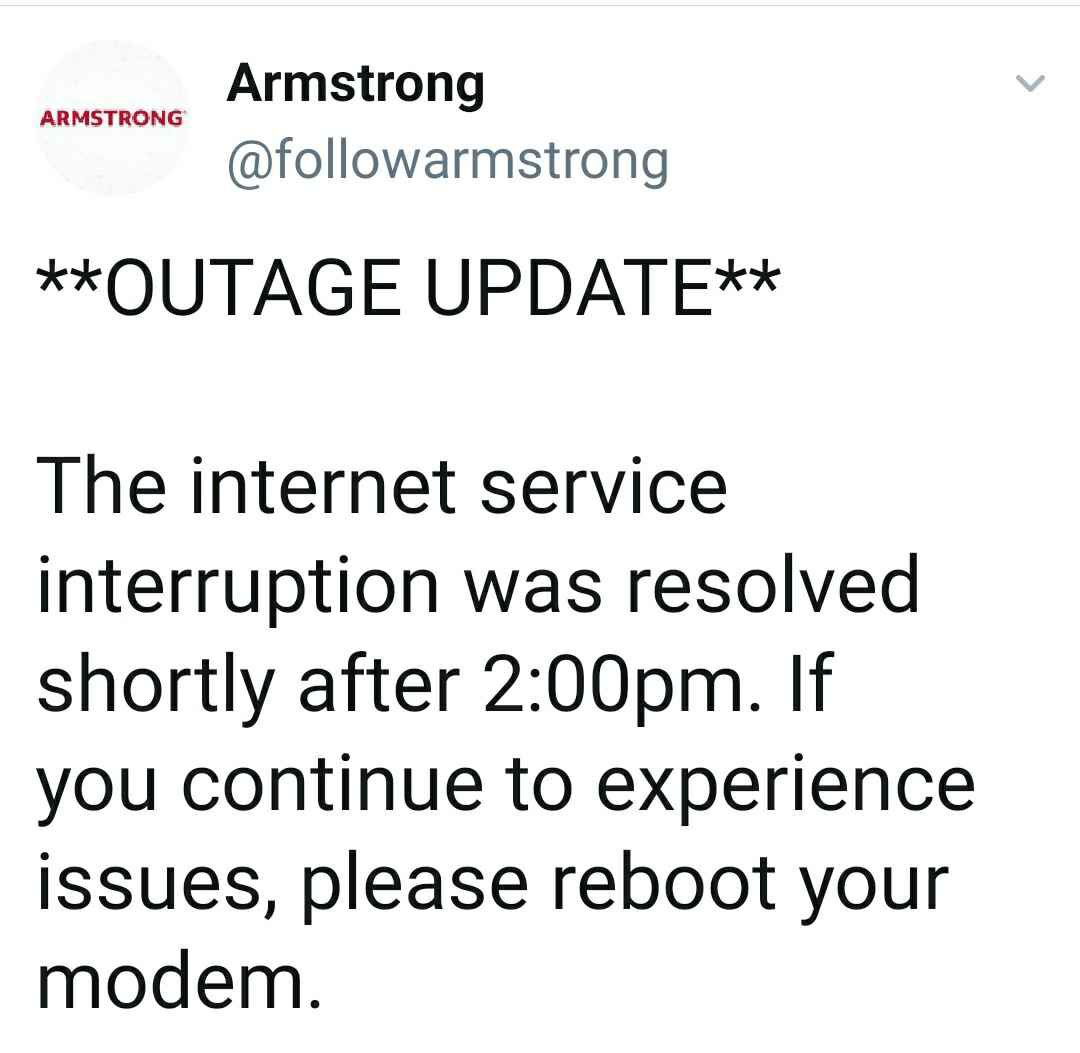