Samsung releases a handful of impressive flagships every year. With the release of each new device in the market, the previous ones get outdated. This is the case where most of the OEMs lack. However, Samsung pulls off its job pretty easily. Well, Samsung provides excellent support to its devices with at least more than two years of assured software updates. Moreover, the brand also provides up to 4 years of assured security updates to its devices to ensure their better performance. Samsung’s recent flagship, the Galaxy S20 series, comes with One UI 2.1, which brings home tons of new features.

Well, Samsung recently rolled out the One UI 2.1 update to the Galaxy S10 and the Note 10 series. The Galaxy S10 and the Note 10 series are two flagship lineups which the company launched last year. These are some of the most impressive devices by Samsung. These devices also deserve all those features which the Galaxy S20 comes with. Well, the One UI 2.1 update brought a lot of new features from the Galaxy S20 to these devices. However, the catch is that the update was rolled out in some regions only. Only units of some of the particular regions received the OTA update. All the units in the US had not received the updates.

Well, the One UI 2.1 brings home all those stunning features from the latest Galaxy S20 series. Users of the Galaxy S10 series and the Note series can now enjoy these features too. So, here are some of the most mind-blowing features which the devices are going to receive.

There is a huge list of features that will be seen in the update. However, here are some of the most useful and pretty awesome features which will come through the update. 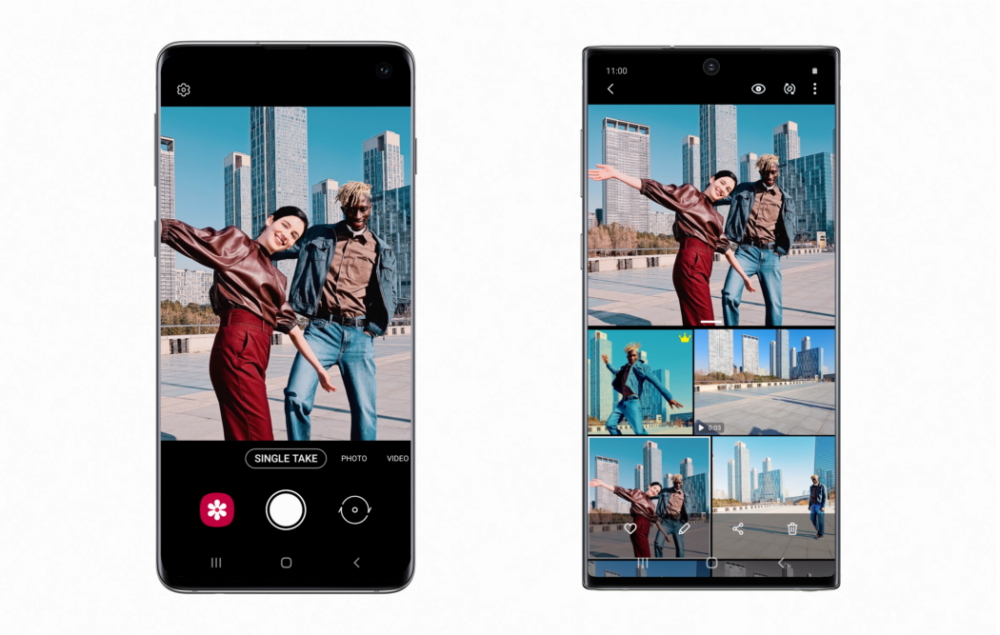 The update brings some of the most amazing camera tools and features with it. We will get to see the Single Take feature which captures different images, videos, slo-mo videos all at once with just a single click. The device then automatically recommends the best of all of them using AI processing. The New Night Hyperlapse lets us shoot even in the darkest of lights. You can easily capture stunning low-light shots with it. We will also get to see an improved Night Mode in the Galaxy S10. My Filters allows you to create new filters based on your preferences, and you can easily apply them later to all those photos you want.

We will also have the Pro Video mode that will let us manually control the exposure settings, ISO, and pretty much everything to record like a professional. You can also switch between the front and the rear camera while recording the videos in the realtime. This pretty much says that the camera section has got a huge update in itself. 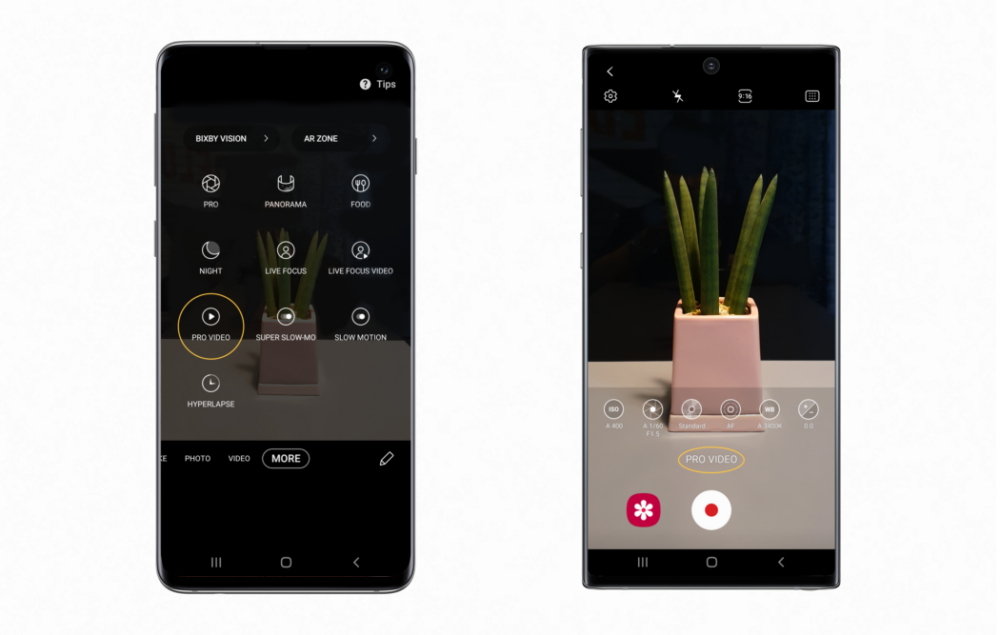 Well, after the camera the gallery has got quite an update too. You can now seamlessly organize all your pictures and videos and edit them on the go without any hassles. Clean View automatically groups the same looking pictures of the same objects together based on AI recognition and provides a much cluttered free and clean interface. Quick Crop lets you easily crop out any picture you want into the way you want. You just have to zoom into the picture you want to crop up to the extent you want from the gallery itself. That’s it and you are done. Awesome, right! 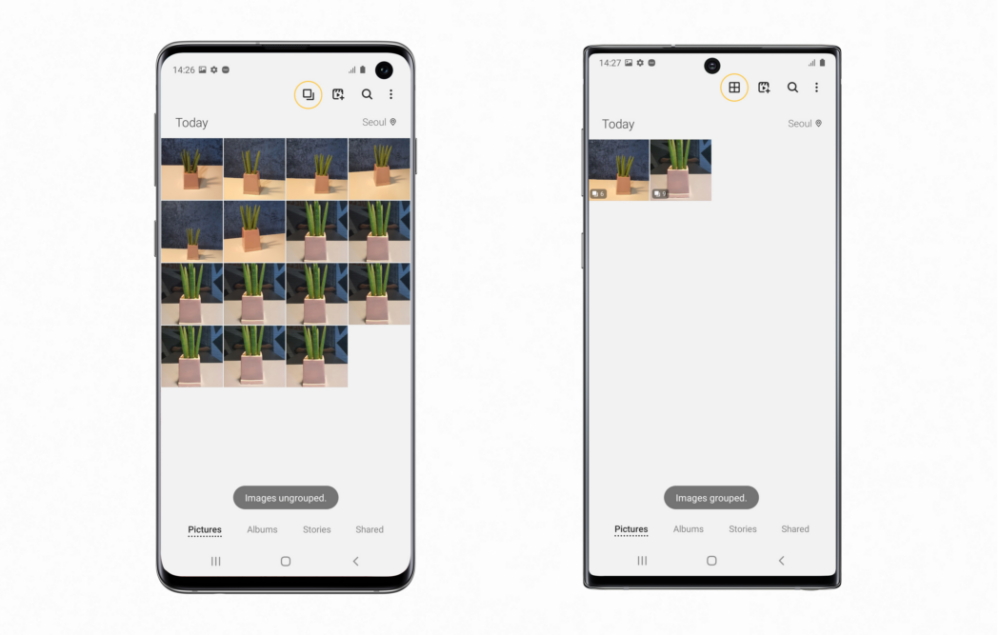 The update brings home Samsung’s latest Quick Share feature that lets you share any large files that you want seamlessly across devices that support the feature. The new Music Share feature lets you easily connect with music devices, speakers and others to easily share music and play them. This further lets you use Bluetooth at the same time to pair with other devices seamlessly without any single hassle. 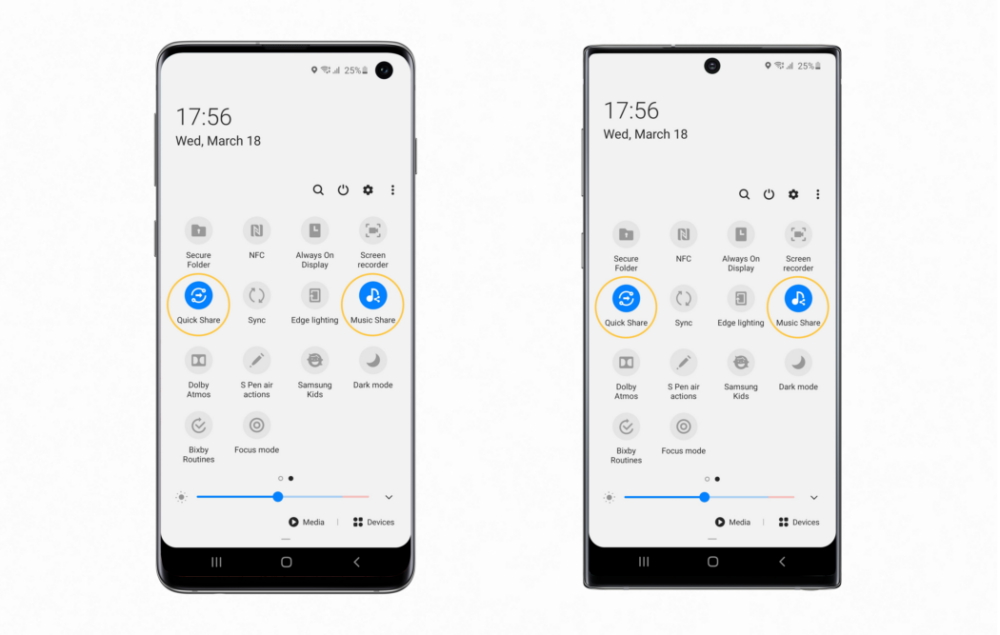 These were some of the most amazing features of the Galaxy S20 which will now also be seen in the Galaxy S10 and Note 10. Also, the update will soon roll out in other regions than in the US. Let’s see if we get to see some more new and exciting features with the upcoming updates in the feature.

Stay tuned for further updates on the One UI 2.1 update for the Galaxy S10 and Note 10. Also, share this article with all those people who had been waiting for this update.