Apple is an American multinational company. The brand is popularly known for the iPhone series that launched creating a revolution. Music lovers will recognize Apple for iPods. From watches to earbuds, from mobiles to laptops, Apple is the ultimate destination for all of them. But every device from the brand comes with a pocket-drilling price tag! Ever since Apple was founded, not a single gadget has released for a low or affordable cost. But the innovative steps taken speak for the validity and cost ratio is appropriate. Also, the latest launch from the brand, iPhone SE 2 was a huge success with many falling for the compact device!

The smartwatch series from Apple is extremely famous. The brand released the series with a separate OS compatible with smartphones. Apple watches run on watchOS. The upcoming Apple Watch is Apple Watch Series 6 whose teaser has been released. Therefore, here we are with an article about it!

The brand announces a new watch series every year without fail. The upcoming series brings in new features but retaining some of the specs from the older series as well. First of all, the concept video reveals that this Watch would be the most stylish release from the brand. The bezels have been reduced to an extent where it seems almost borderless. Only when the Apple Watch is tilted, the frame holding the screen is seen. Also, the color teased in the video is Silver with a gloss finish. 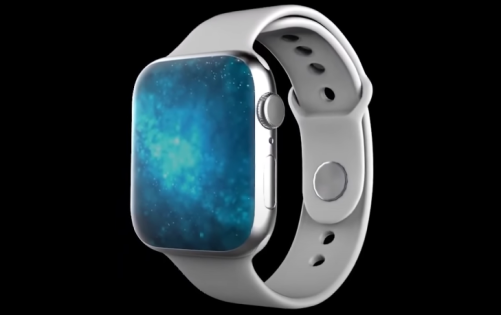 The brand also seems to retain the crown in the Watch Series 6 to navigate the smartwatch. Pretty old school but the crown is the highlight of the very popular Apple Watch Series. Users need to note that Apple might launch the series 6 with new display size and resolution. You will read the reason in the article section below. The battery juice will last longer than any of the older series. The battery expectancy is most probably more than 4 days after a full charge. This extension is due to the rival gadgets promising similar battery life.

Above all, various new features might shock you. There are possibilities where Series 6 can identify health abnormalities. To be precise, the Serie 6 will launch with SPO2 monitoring. This brings the blood-oxygen detection feature to the Apple Watch Series 6. There are also rumors stating that the Watch will pack an underwater mode. Series 6 will update live feedback on mental health and check anxiety too. Finally, the gadget will release with microLED Display, optical sensor and will run on watch OS 7. 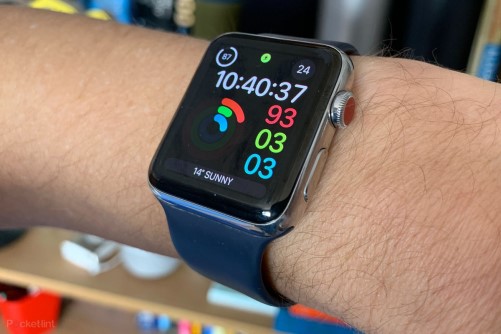 The Series 5 retained most of the features of its predecessor. This includes the display dimensions, quality, and looks (partially) of its predecessor series. Therefore, users expect varied dimensions and better resolution in the Apple Watch Series 6.

There are no official details about the price of the Watch Series 6. But concluding the predecessor series releases, Apple Watch Series 6 will not cost less than $499. But stay tuned for the official announcement.

The features of the OS that Series 6 will run on will be revealed by the last week of June 2020. You can expect the official announcement about the Apple Watch Series 6 in the month of September 2020. This gadget will be released in the third quarter (Q3) of 2020.

Rest assured, we will update this article if we receive further information about Apple Watch Series 6, so stay tuned! Also, share this article with all those who are waiting for the device!