This house allowed players to visit dream versions of other players’ cities, both friends and random people. It also allowed sharing their dream versions, which had some restrictions like not visiting stores or causing problems. 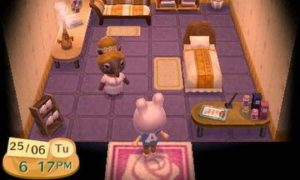 Now the data miner Ninji, who has previously leaked information from New Horizons, has found some new features in version 1.0.0 and version 1.2.0. These are files known as «DreamID» and «ActorNetDreamLand», which seem to refer to the English name of this Dream House ( Dream Suite ).

in other cases they’ve pared down things, pretty sure they’ve gone “oh shit, we need to make extra sure we’re not leaking new stuff in strings”

there’s one Really Cool thing but I want to investigate it in Ghidra before I tweet about it, so… tomorrow#ACspoilers #ACdatamining

Furthermore, this same data miner claims that Nintendo is further encrypting the game code to prevent precisely such leaks. However, the data miner has been able to filter for now relevant information, such as the Ranita Chair is not included in the files of the last update, three new achievements of Nook miles, the possibility that visitors to your island use the store of Ladino, changes in the shadow in the water of the coelacanth and the turbot, a new tool called worn axe with 3 uses only, a couple of furniture related to the Ladino sculptures, references to diving and references related to «Creature» and «Plants ».

Ninji did express, however, that his findings shouldn’t be taken as 100% true as it’s just an assumption he’s made based on what he unearthed – who knows, it could be for something completely different, or for something that was toyed with in development but never explored further.

So the Answer to Is dream suite coming to Animal Crossing New Horizons? Maybe. We will be watching to see if they are finally added. Meanwhile, what do you think?

Spectrum Outage – Internet down, out & not working at many locations

Spectrum Outage - Internet down, out & not working at many locations