Android 11 Developer Preview is now live: Here is all you need to know

The smartphone world has two sides, one being iOS and the other- Android. Android smartphones are currently achieving great heights in the marketing world. Be it the experiments with multi-cameras, or the removal of selfie cameras, from the phone, bends to phone extensions, the innovation is being to the peaks in Android smartphones.

Before launching a stable, new Android version, Google releases its developer builds (usually in the month of March). The Android 11, out of all the unique features, its release in the month of February is the first step towards a change implemented.

The system images and GSI files are now available in the following smartphone devices- Pixel 4, Pixel 3A, Pixel 3 and Pixel 2.

The first and foremost thing to notice in the Android 11 is its support for a wider range of screen types like waterfall and punch-hole. Not just the screen design, but the enhancement also has paved the way for smoother functioning of foldable phones and smartphones with the pull-out display.

The new Android is bringing a lot of changes in the quick reply and chat bubble features, like pasting images via quick replies, copying them to Gboard, etc. The update is also bringing tons of changes in the privacy and storage accesses. The camera enhancements that are promised to be tagged alongside the update are Bokeh mode enhancements, a native image decoder, and the ability to decode and render image animations from HEIF files.

The new Android has taken DND mode to a whole new level. Now you can organize and reorganize every single app that you want to add in inclusion/ exclusion to the DND according to your preferences. You can in-fact apply this to contacts, rings, etc. too. ANither interesting feature is the “Auto-Dark Mode”. You can now schedule the time when you want your device to turn the dark mode on! We also get to see enhancements in screen recording but unfortunately, the internal audio capture is still not available, but most likely could be expected in the stable version.

To read a fully-fledged article on the Android 11 features, specifications and expectations, check the link below.

TRENDING: Android 11 Features: All you need to know!

(Including beta and stable version dates)

Here’s the complete roadmap of the launch dates of all the developer previews, beta versions, and stable Android 11 rollout. 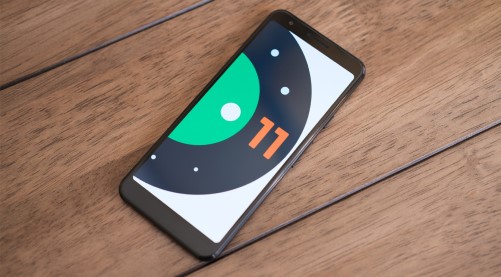 Thanks for reading! We will update similar/ related articles about the upcoming Android updates and changes, so stay tuned. Also, share this article with all those who are waiting for the update.