Rumoured and expected leaks about Android 11

It all feels like yesterday when Android 10 rolled out, but the internet is already loaded with discussions about Android 11. Android is a mobile operating software system, an altered version Linux Kernel and other software designed for smartphones alongside google. The current version of Android equipped in smartphones is Android 10, which was launched in September 2019. As of today (Feb 9), most of the smartphone companies are still working on optimizing Android 10 for their mobile devices but nothing seems to stop the next version of Android coming into action.

Android 11 is expected to bring in some essential features, mostly for which we’ve been using third-party apps. Instead of focusing on what’s new, Android seems to be focusing on what the users have been wanting to optimize mobile use on ease.

Android 11 is expected to be compatible with devices that were launched with an Android 9 OS or higher than that. Google Pixel phones and One Plus mobiles seem to be the first device that will get their hands-on Android 11.

The worst a mobile user can face is overloading of RAM due to apps that run in background without his/ her knowledge. Scoped storage is feature that could restrict this happening. This was a feature that was about to be launched alongside Android 10 but was canceled due to some technical issues. Scoped storage restricts storage and data while not in use so that other Apps run smoothly without disruption in RAM.

To date, users install third-party apps to transfer files and Bluetooth is so slow that people tend to use it only for wireless headsets and speakers! Rumors report that NFC file transfer will be a very helpful change for Android users as apps like Share-it require a lot of maintenance, for example, time-to-time cache cleaning and much more. In-built file transfer that Android 11 is expected to provide can be a solution to smoother sharing and smoother device maintenance.

Facebook launched this feature ages ago and recently we got to see this feature in google messages too. But the feature is not completely adapted in all the Android smartphones but expected to be, with the update of Android 11. Dedicated RAM for messaging, or split-screen hasn’t really helped people as they even prefer chatting over notifications panel more. This is observed mostly while users tend to work or watch videos/ movies in their mobile devices. Chat bubbles would be something that would act as a mediator between people and their work, a feature that falls on the user friendly interface category.

This mode is an essential update that is available in most of the devices now. But future changes expect allowance to set a timer for the change in modes and, optimization in this feature. Also, the Dark mode has failed to be adapted by all the apps that users most commonly use. This could either be an optimization problem in the Android 10 or lack  of permit for dark mode in certain third-party apps. However, the Android 11 update is expected to make dark mode compatible with all the apps that are available in play store.

This enhancement seems to be specifically for 90hz display but not many details have been reported regarding this. However, some rumors report that the battery enhancement this time will be related to ‘battery saver’ optimization. It has been 3-4 versions since a major update related to battery saver as they look to extend the battery life not by adding an extra digit in the ‘mAH’ this time but by changing the battery saver effects and also restricting storage use to some apps that tend to drain battery in the background. 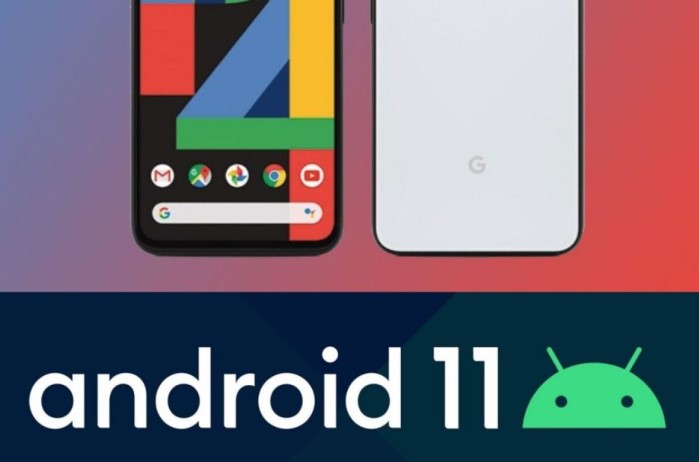 The DND settings are being taken to a whole new level. Now, you will be able to organize your priorities list by adding or removing apps, contacts, etc. which you would want to consider for silencing. This would be helping users to specifically allow an app or contact to push notification in-spite of having the entire device in the DND mode.

As mentioned earlier about the dark-mode changes, a new function called Auto-Dark Mode will hit the Android devices along with the update. Auto-dark mode will allow users to schedule a specific time at which their device will automatically switch in and switch out of dark mode. This is going to save that time that we spend every night and morning to change the interface of the phone.

Android 11 will be bringing back the in-built screen recorder in the smartphones that were cut out in the Android 10 update. The feature is expected to be accessible in a quick access section of the notification and of course, in the App Menu too. But sources reveal that the internal audio recording feature is still not available but can be expected in the stable version of the release.

Refined interaction with UI, screenshots scrolling and combining, better screen recording with internal audio capture and better one-handed mode are some other features that Android users are expecting.

Details regarding the Android 11 update is expected to be announced in March 2020. The beta version/ testing period is expected to roll out/ begin after August 2020.

What are you expecting from Android 11? Do let us know in the comment section below.

Rest assured, we will update the article when we receive news about Android 11, so stay tuned. Also, share this article with all those who have been waiting for Android 11.