Zombie Army 5 Release Date : When is it coming out

The Zombie Army series is a shooter game that consists of similar mechanics to its predecessor the Sniper Elite series.

It began as downloadable content for the game Sniper Elite and was developed as well as published by Rebellion Developments.

Zombie Army Trilogy consisted of the remastered version of the first two games and as well as an added third part to the game.

The game’s most recent release in the series is the Zombie Army 4: Dead Army, the 4th part of the game series released on 4th February 2020.

Many fans of the series have wondered when they will receive the 5th installment to the series, read ahead to see our prediction regarding the future releases of the Zombie Army series. 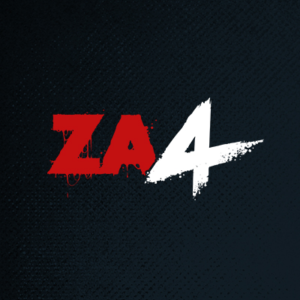 Zombie Army 4,  has had multiple DLC packs released in all 3 seasons, The latest season 3 DLC packs have brought new missions such as Terminal Error, Abaddon Asylum, Return to Hell, and new playable characters from Left 4 Dead. It consists of other quality of life content for the game to keep players engaged in customizing characters to their liking.

This season has 2 more DLC packs in store for players and based upon previous release patterns we can estimate a possible release sometime during October 2021 for Pack 4 and December 2021 or January 2022 for Pack 5.

However, these are simply assumptions and nothing is set in stone, we will have to wait for Rebellion developments to announce their official release dates.

The Zombie Army 5 release date has not been mentioned anywhere by official sources, we believe this is due to the 4th Installment to the Zombie Army series is still unfinished in terms of content set to release for it.

On their official website, you can access the roadmap of their releases for Zombie Army 4 and it shows 2 more DLC Packs are remaining for season 3 of Zombie Army 4.

Maybe after the release of the final DLC Packs, we could see a trailer or information regarding Zombie Army 5 by the official developers.

Our prediction and assumption are that this may happen any time in 2022 as the development and release of the remaining DLC Packs for Zombie Army 4 could take the remaining part of 2021.

Once again these are simply predictions made by us on the basis of past release trends and future road maps of the game, We will have to simply wait until the official development team provides information regarding the 5th installment to the series.