Well, there are always some bugs in the Beta updates. However, issues with PUBG Mobile have been there since the first Beta update and have not yet been fixed.

The first Android 10 Beta for the device started rolling out back in late January 2020. While the update brought Android 10 features to the device, it also brought with it a couple of bugs and issues. The most annoying of them all are the issues with PUBG Mobile. Earlier, a lot of people have been reporting about PUBG not working in Android 10. The most common of them all was users facing PUBG lag on Android 10. This time, we have come across some new PUBG issues after the Android 10 Beta update on the Zenfone Max Pro M1. 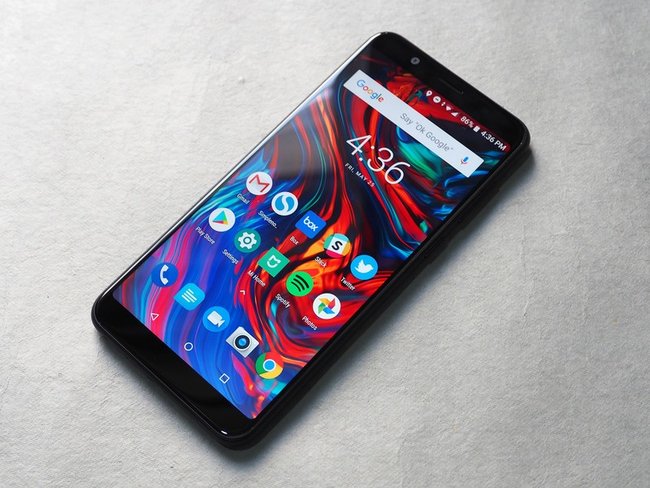 The first Beta didn’t seem bad at first. The update brought the HD graphics option for PUBG. Users were happy enough until they noticed the sound. Yes, the update brought some issues with the sound in PUBG. Users reported very little sound during the entire gameplay. A while later, the second Beta update hopped in. Users were waiting for a fix but the second Beta made things worse. Not only the second Android 10 Beta took away the HD graphics option but also the issues with the sound still remain in PUBG. Since then, users have been complaining and waiting for a potential fix to these issues. 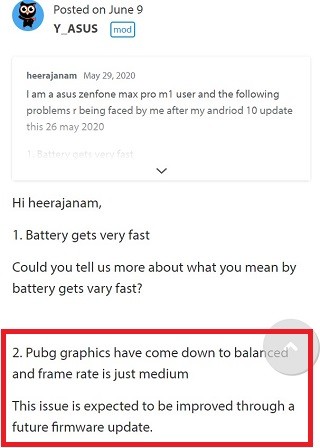 The good news is Asus has officially acknowledged the issues and is working on it. While Asus says to be looking into the issues, they didn’t say anything about a potential update with all the fixes. The OEM is yet to deliver the Android 10 update as well. Some sources suggest that the Android 10 update will start rolling out sometime in mid-June. 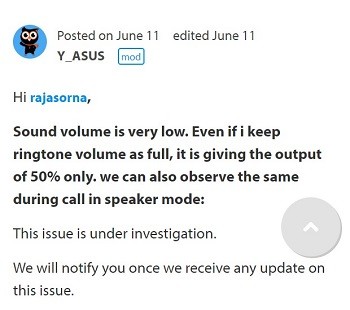 That being said, we don’t know whether the Android 10 update will bring in fixes for all those PUBG issues. For the most part, it should. However, things are not yet clear as of now. This will only get clear when the next update starts hitting the Zenfone Max Pro M1 units. So people, keep waiting until then.

Stay tuned for further updates on Zenfone Max Pro M1 PUBG issues on Android 10 and more such related content. Also, share this article with all those people who have been waiting for the fixes to PUBG Mobile issues.

Rent a Girlfriend Scheduled to Air in July 2020: Crunchyroll