Many passionate gamers will certainly remember it when the last rock star games hit was released. The game has been extremely popular since the release of GTA 5 in 2013, and work on the new part GTA 6 is already in full swing. One leak chases the next, but facts also clarify the latest rumours of the new Grand Theft Auto section. One question is asked particularly often: When does GTA 6 appear? There are many answers. The rumours are piling up, but one has been around for a long time. The controversial Leaker PSErebus is said to have simply decided out of nowhere: Rockstar Games will release GTA 6 in autumn 2021.

The Twitter user polarized many times with correct assumptions in the scene, but many gamers do not take him seriously since one or the other tweet by the insider appeared to be simply a thing of the past. But there could be something on the release date for autumn 2021 because a former Rockstar Games employee also made a forecast for the release. The former employee Darion Lowenstein revealed that, in the best case, the work on GTA 6 would be completed on the Christmas holidays in 2021. In addition, the producer, who already played for EA, Activision and Rockstar Games worked, even a timely announcement is very unlikely.

The most important thing for everyone involved in the quality of the final game and Lowenstein also said: The Rockstar Games founders Sam and Dan Houser would primarily focus on quality, as the Daily Star already reported. Because instead of being fixed on deadlines, the Houser brothers would put all their effort into the quality of Grand Theft Auto 6. If you compare the development with GTA 5, you can see: two years before the announcement and release, if you refer to the latest part GTA 6, a release in 2022 would be most likely, provided Rockstar Gamesbreaks with his iron silence and announces the open-world game GTA 6 in 2020.

Every little detail should give information about the publication of the new GTA part: Fans cling to the hope that an Easter egg from the predecessor GTA 5 has already revealed when GTA 6 will be announced. Thus, during a robbery in a casino, a surprising detail is said to have been noticed: In a hallway, on the right, the word “Service” is divided into Ser and Vice, while on the left, “Diamond 5.10”. Some would just shake their heads at these little leaks, but for many fans, the supposed Easter Egg is reason enough to be hopeful. The “Vice” is understandably for Vice City, a recurring place of action in GTA and the combination of numbers would be the possible announcement date of the new part GTA 6, October 5, 2020.

Crossplay, compatibility with PS4, Xbox One or next-gen consoles

So far, the question has arisen just as often: What happens to the committed PS4 and Xbox One gamers? Because the new Nex-Gen consoles from PlayStation and Sony have appeared. Therefore, the question arises whether GTA 6 will only be developed for the new PS5 and the new Xbox Series X from the outset. This assumption is based on a former job advertisement from Rockstar Games, because it is looking for a programmer who will work on advanced animations for large character-based Open World games – in connection with “Next Generation Hardware”. 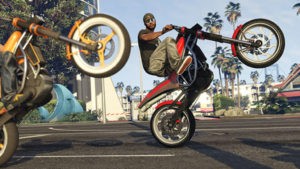 Nevertheless, it would be the most lucrative for the publisher Rockstar Games if the game should also be compatible with the PS4 and Xbox One. The publisher had acted similarly in the past, when it first launched GTA 5 for the old console generation, only to deliver a next-gen version of the game a few months later.

There are also several assumptions about the new location for GTA 6: The fictional city ​​of Vice City is at the top of the list as a possible location. Not only because of the alleged Easter Eggs in the casino robbery but also a certain previous order in the Grand Theft Auto past makes Vice City very likely as a setting. 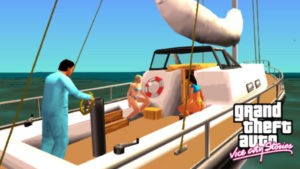 In the alternation of Liberty City, San Andreas and Vice City the previous parts appeared – in the last part GTA 5 was the place of action San Andreas, so the city ​​of Vice City inspired by Miami could be next again:

The latest rumour is to give a hint to the British capital London as the next place of action because the YouTuber UK Drill Insider published a video “GTA: London Concept”, which showed a design with London as the main location. Although many fans were enthusiastic about the video, most GTA gamers classified the metropolis as a rather unlikely location. The reason for this: Already in 2013 Rockstar Games founder Dan Houser spoke out against a British location in the GTA series.

But the sixth part of Grand Theft Auto also speaks of two locations in a game, because gamers had previously been able to switch between the fictional city ​​of Vice City and South America. A map really fueled speculation about another location of GTA 6, the race track “Height of Society”. This came from a recent DTA from GTA 5 and showed sections in which players have seen parts of North and South America. But this leak should also be treated with caution – because Rockstar Games is known to be silent.

Quite a smash at Grand Theft Auto would be another theory that a woman in GTA 6 should play the protagonist. This rumour has been around for a long time in the forums for the main character in the Open World Game, because the founders of Rockstar Games always found a woman as the main character to be very interesting, but so far not suitable. A somewhat older leak on Reddit, on the other hand, spoke of something completely different: According to this, the drug baron Ricardo is supposed to serve as the main male character in Grand Theft Auto 6, who delivers drugs between Vice City and South America. 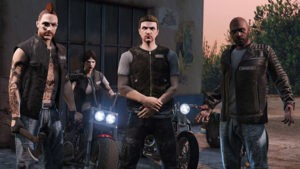 A large prison will also play a significant role in GTA 6, which according to the Reddit leak would be structured in a chapter system. A small political statement is to be made in the new GTA section of Rockstar Games: Due to climate change, apparently changeable weather will have a major impact on gameplay, such as destructive hurricanes or floods, which will then doom the criminal, fictional main character. Netflix fans will be happy because the new  GTA game could be strongly inspired by the Narcos series, which deals with the life of drug boss Pablo Escobar turns. For the family of the famous GTA drug lord Martin Madrazo, the male protagonist is said to fulfil certain dubious orders.

GTA 6: Leak to the trailer released – song should be by rapper Young Dolph

The official GTA trailer is said to be in the starting blocks according to a Reddit leak. An insider wrote that is said to be close to a GTA 6 employee. The employee is said to be responsible for the music of the new rock star game and has produced a rap song for the publisher. This song would be called “Blac Loccs” and would be sung by the American rapper Young Dolph. But why should a song give a hint to the Rockstar Games trailer? That explained the Reddit user as follows: ” To my knowledge, companies approach them less than a month before the trailer is released “.

The Reddit post has quickly been deleted too. Are we therefore about to announce this soon? Like so many leaks, this comes with certain risks, but the song really does exist. The title “Blac Loccs” by Young Dolph is from the album “Dum and Dummer” and resembles a calm rap song with typical beats, which deals with the escape of a young drug dealer in his lyrics.

An equally exciting question interests many GTA gamers worldwide: How much will GTA 6 cost? So far, publisher Rockstar Games has always used a full-price version that was between 50 and 70 euros. Later, extensions, bundles and packages were added to GTA Online that gamers could finally purchase. Assuming various rumours, there are also several GTA 6 editions up for debate as in Standard, Gold or Ultimate – but there, too, the rumour mill is faster than published information from Rockstar Games itself. The publishers indirectly confirm the work on GTA 6such as their job ads, but until an official announcement takes place, the details of the sixth part of Grand Theft Auto remain open.