Yba new update for March 2021 : Here’s everything you need to know

Your Bizzare Adventure is a Roblox game inspired by the 7th longest-running manga, JoJo’s Bizarre Adventure by Hirohiko Araki. Recently, the Yba new update for March 2021 has been released. Here is everything you need to know. 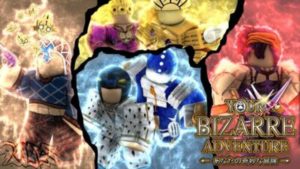 Your Bizzare Adventure on the Roblox website is based on Jojo’s Bizzare Adventure and was created by Robloxuser Uzukee, with Paragon running the community. Along with Stand Upright, A Universal Time, and others, YBA is one of the few actual good Roblox Jojo games. Interestingly, it is one of the few games on the Roblox front page devoted to anime fans. Due to Uzu’s fear of losing the game, this game is also off-branded.

Hirohiko Araki is the author and illustrator of JoJo’s Bizarre Adventure, a Japanese manga series. From 1987 to 2004, it was serialized in Shueisha’s Weekly Shnen Jump magazine before being transferred to the monthly seinen magazine Ultra Jump in 2005.

The series is divided into eight story arcs, each following a different protagonist who goes by the moniker “JoJo.” The eighth chapter, JoJolion, began serialization in May 2011 and is still ongoing. By volume count, JoJo’s Bizarre Adventure is Shueisha’s largest ongoing manga collection, with 129 tankbon volumes collected as of December 2020.