WoW Shadowlands: Sorrowbane is no longer account bound and gives an item level of 180!

World of Warcraft: Shadowlands introduces a fairly well-hidden two-handed sword into play in Maldraxxus. This sword, Sorrowbane, has the special feature of being obtainable by anyone as treasure in Maldraxxus! We offer you our complete guide to get it.

World of Warcraft: Shadowlands introduces an epic mysterious two-handed sword called Sorrowbane into play. This is a direct reference to Excalibur, and it looks the same as Armageddon except that it has a different colour.

To get this extremely powerful two-handed sword (for an expansion start), you need to obtain some unique consumables in Maldraxxus in a very short period of time before removing the sword from the ground. If you don’t have all of the following buffs, you don’t have the strength to root out the blade and must start the mock over again:

How to get Sorrowbane: Location

Scourge of Sorrow is embedded in the ground of the uninstantiated version of the Theater of Suffering. It is located precisely at coordinates 51.43, 48.47, but it is impossible to remove it without obtaining the above bonuses. The remainder of this article focuses on obtaining these methodically.

First, take advantage of your proximity to the Potion of Unusual Strength to obtain it. Of course, don’t use it until you’ve collected all of the other bonuses and are near Sorrowbane.

The Potion of Unusual Strength can be purchased for 1 gold from Au’larrynar at the Warriors ‘ Promenade in Maldraxxus. The exact coordinates of the location of this seller are 53.64, 47.91. 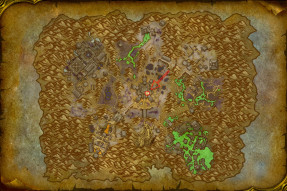 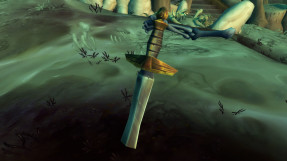 Your second destination is Revendreth in order to obtain the Strenght of Blood which you will use again at the last moment. The closest flight master is at Hypogeum Hill, south of Revendreth.

On-site, head to the far south of the area, at the Nocturnal Market, to find Ta’tru at coordinates 51.13, 78.85. This merchant sells you various items, including Blood Force in exchange for random items that vary from player to player: 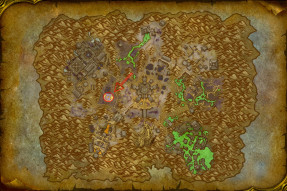 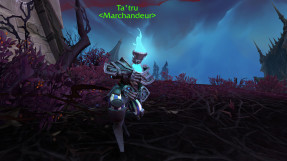 First and foremost, go outside to make the local hostel your home. You will need it badly at the end of your little adventure. The innkeeper is called Ronflar Valorum and is located at coordinates 50.94, 53.17.

To get the two Battle Hardened needed to obtain the Sword you covet, go to Point de-Lance, in Maldraxxus. If the Some Course Incidents expedition is active, then you will have the opportunity to repair damaged Ballistae on-site by defending them from invaders attempting to destroy them. Each Battle Hardened is obtained by defending one Ballista entirely, so you simply need to defend two Ballistae to get both!

Warning: The Ballista damage are on the battlefield, do not confuse with headquarters Balistes that they work very well and are back!

On the other hand, if the expedition is not active when you set out to search for Sorrowbane, there is no great alternative to obtaining the strength that this expedition should have given you. give (there is actually one, but so complex that it is not worth it). Wait and take a look at active expeditions in Maldraxxus regularly until A Few Hitches in the Course, then go for it! 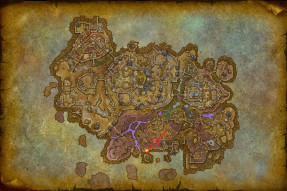 This is where the complex part takes place. To collect the 4 Edible redcap you are looking for, head quickly to Glutharn Deliquescence in Maldraxxus. These unusual mushrooms can only be found in the far eastern part of this subarea, near the spawn location of the Rare creature named Deadly Urfin at coordinates 76.39, 56.76.

You should have enough mushrooms on hand to get your 4 loads of Edible Redcap. When you’re done, it’s time for you to use your Hearthstone (if you’ve followed our advice) to get to Sorrowbane in no time.

Warning: The edible redcap reduces your movement speed by 20% per charge, or 80% when you ate 4 you! 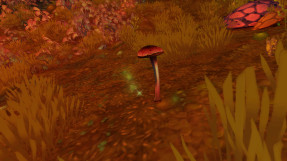 By this point, you should have already used your hearthstone to the Theater of Suffering, and you should already be running in the direction of Sorrowbane. If not, hurry since Edible redcap greatly reduces your movement speed and you won’t have too much of two minutes to get to your goal!

When you find yourself in front of Sorrowbane, at coordinates 51.43, 48.47 in the uninstantiated version of the Theater of Suffering as a reminder, all you have to do is drink your two potions (Potion of unusual strength and Strength of blood), then click on it to take it out of the ground. It’s done, here you are, the proud owner of Sorrowbane, a level 180 two-handed sword!