We were waiting for the song like Santa Claus on New Years Eve, and yesterday the gift finally arrived. Take Over, the anthem of the 2020 League of Legends World Cup, finally reached us yesterday, triggering a slight controversy on social networks … Let’s break it down.

Yesterday, around 5 p.m., the League of Legends community was on the lookout. The curious gathered on the official YouTube live stream, waiting for the seconds for the song of the Worlds to be finally revealed. At 5 p.m. sharp, a counter came to mark the minutes before, finally, the first Take Over chords arose.

The already agitated cat catches fire, then eyes meet on the 3:45 minute clip featuring a young man with a sliced ​​eyebrow and a young girl with hair hesitating between pink and purple, in their frantic race to the Cup of the Summoner. By the way, we find the familiar faces of the legends who have forged the history of the competitive League scene, wearing the attributes of the champions who made their past glory. Xpeke and his Kassadin, Mata and his Thresh, then Tian and his Lee Sin. Only Faker inherits a character in flesh and blood, a master of the shadows officiating in a bar called “The Demon King” and coming to train the young hero in League.

If you missed it, you can find the Take Over music video, right here!

You might as well burst the abscess right away, without going through four ways. In the history of the competitive League of Legends scene, no woman has made it to the Worlds, or even managed to claim the level allowing access to competition. And this is precisely why the Take Over music video generated a controversy: because it features a female character competing with the male hero.

And if we take the video in the first degree, indeed, it stains. After that, League of Legends is also not a 1v1 played in VR and requiring a weird crystal to be able to connect. And then you also can’t pick up the weapons of the champions you’ve defeated to appropriate their abilities (which, by the way, would be extremely cool). Faker doesn’t own a bar called the Demon King, Thresh doesn’t look like Mata at all, and Tian is clearly not blind. Ask Jankos.

So, rather than understanding the clip as a story of reality, could we not rather interpret it as a dream?

Last week, Riot Games released a Worlds 2020 teaser, a sort of video appetizer to announce the anthem revealed on September 17th. And already the message was clear: it is time for League of Legends to come out of the shadow of sport, or even esport in general, to become the “new” sport – the new competitive discipline exciting the world. whole. Except that, in reality, esport is still a long way from being able to compete with football or basketball. Of course, League competitions are attracting more and more spectators, as recent figures from the LEC testify., and the sponsors are indeed more and more numerous. However, and if we can finally allow ourselves to dream of a true democratization of esport, it is hard to imagine that it could, overnight, “take control” to become the “future of sport”. 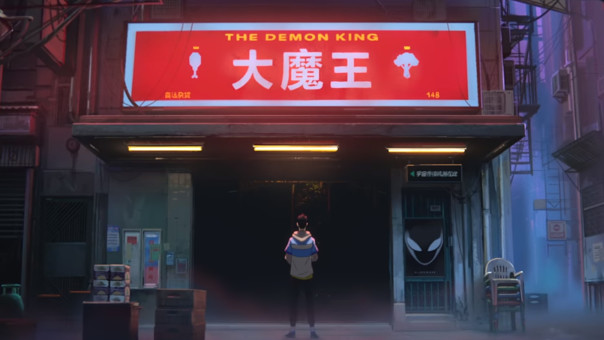 Riot Games’ message is not understood as a statement of fact but as a promise, a prophecy. One day, League of Legends will be as well known and respected as any sport. And, in this framework, the World Cup 2020 marks a turning point in the history of the game – certainly because the championship is celebrating its tenth anniversary, but above all because organizing it despite a pandemic represents the greatest challenge facing the competitive scene and Riot. Games have never been faced.

The 2020 World Cup is an achievement in itself, the event marking the start of the “takeover”. This is proof that the competitive League of Legends scene, like the NBA, the Champions League or the NFL, can survive the throes of reality and endure. It is a thunderous first step taken in the big leagues. But this is not yet a real confirmation. And, it is perhaps for this reason that the teaser like the clip of Take Over evoke an idealized future, and not a tangible reality.

The Climb to the Top 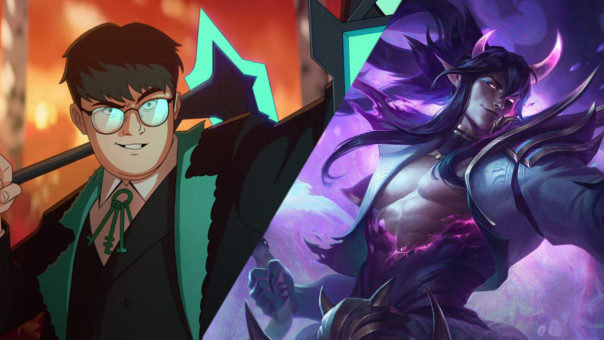 If we are interested in the narrative framework of the clip, we finally find nothing very new compared to previous years. It is always a rise, whether marked by the redemption of a veteran or the emergence of a new champion. In this case, Faker appears on the fringes of the competition, a sort of gray eminence whose power is such that he manages to indirectly influence the competition. And this even if he is not qualified for the Worlds this year. We can already distinguish the features of the master, coming to take the disciple under his wing to reveal his greatness.

Top is Far off

On the way to the top of the mountain stand the legends of yesterday, which the hero manages to defeat one after another – not without having tasted failure on numerous occasions. The diagram is clear, seen and reviewed, except that Riot Games does more than tap into the nostalgia of heroes who are now retired or reconverted: the studio tells its story. That of League.

And if we look closely, if like the famous esport journalist Ashley Kang we have a piercing eye, we see that “in their moments of defeat, they smile, perhaps with pride. Former champions are not portrayed as adversaries. , but as mentors and inspirations. ” In Take Over, the artists of Riot Games dream of a world where the younger generations of players will identify with the myths of yesterday, like these young boxers who see Mohammed Ali as a role model, and not as a legend. that they must supplant.

Riot’s Path for creating something more

We cannot create the future of sport without giving life to heroes, without celebrating them. Because, as Roger Caillois said , there is no competition without spectators coming to emulate the arena in the stands. In other words, there would be no professional League of Legends players if there were no people to watch the matches, there are no heroes and role models if there are no has no one to admire them. For this reason, Riot Games has deployed, over the years, a process aimed on the one hand to professionalize esport on LoL and on the other hand to make champions into real stars. 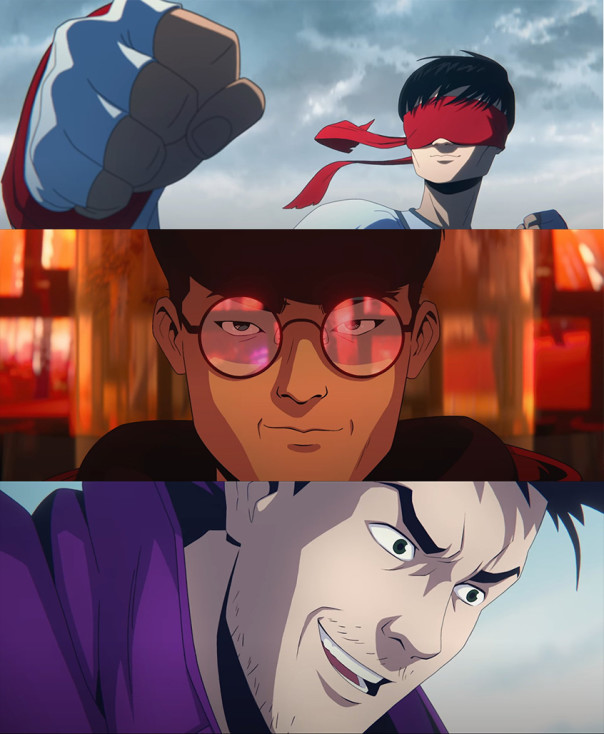 Everyone knows Faker, even Forbes has listed him as one of Asia’s most influential under-30s . Because he’s the GOAT, the first Rift King, and his legendary duel with Ryu has caused stars to appear in the eyes of more than one midlaner. And there is nothing strange about this process, since it characterizes the very essence of socialization: to move forward, you need role models, heroes to identify with, people who can be imitated in order to progress. If only our own parents. And, when it comes to LoL, Lee Sang-hyeok has undoubtedly inspired entire generations of gamers.

As you will have noticed, League history does not remember any woman. It is a truth as raw as it is sad. And it is for this reason that the Take Over video carries a meaning beyond the minimalist message it conveys. Because the presence of this young girl with pink and purple hair makes this clip a prophecy. The half-word promise that men and women alike will one day find a balance in League of Legends, just as they have in sports.

Because, when you claim to have the ambition to be “the future of sport”, you have to do at least as well. And sport still has this feat ahead: unlike League, it is universal.

But missing a mark?

This controversy, however light, has the merit of highlighting a phenomenon regrettable enough to be pointed out: the under-representation of women on the competitive League of Legends scene. In fact, sport has chosen to separate men and women in separate competitions – on the other hand, there is nothing to justify that women are unable to reach a sufficient level to join a professional team in the world of esport or to compete with men on an equal footing . In fact, Kim “Geguri” Se-yeon recently proved it by becoming the first woman to join the Overwatch League.

And then, contrary to some a priori, there are players who managed to reach the Challenger rank, as the streamer YeoChoeMi (여 최미) testified in 2017. Of course, she never played in the LCK, but she would have maybe she could – because on paper, she fulfilled requirement number one to get there.

Sadly, the facts are an undeniable reality: No woman has truly shone on the competitive League of Legends scene. Worse yet, the latest attempts have more than damaged the image of female players in general. In 2019, after the departure of all their players, Vaevictis Esports made the headlines by recruiting an all-female roster to compete in the Russian league. Unfortunately, the level of the five players was very much lower than that of the other teams and Vaevictis Esports finished Spring as well as Summer 2019 without any victory. 0 – 28.

Having said that, is this isolated example enough to prove that women “are not strong enough” to play at the men’s level?

Among the hundred players qualified for the Worlds 2020, there is no player. But why ?

Is it enough to say that, yet, no woman has come to be gifted enough for a professional team to take an interest in her? The answer seems obvious, right? In fact, the Take Over music video offers a breath of hope, giving a glimpse of a future where women can play at the same level as men. And that feels good.