World of Tanks Blitz is a free-to-play mobile MMO action game developed by Wargaming, the award-winning online game developer and publisher of World of Tanks, the smash PC hit now with over 80 million players worldwide!

Well, it looks that the developers are planning to drop a big update for World of Tanks Blitz soon. Last month, the developers rolled out a lot of content to the game with patch version 6.9. Now it looks, WoT fans will be getting new content to enjoy really soon.

The official Twitter account of World of Tanks Blitz released some details related to the upcoming content in the game. Earlier, the creators mentioned that two new Collector vehicles from the Girls und Panzer universe will be available to the game very soon.

We have covered the details and images in our previous post. Make sure to check out the link mentioned below for finer details –

Later, the creators announced more details and showcased one more than which will be coming in World of Tanks Blitz update 7. It’s the all-new American T26E3 Eagle Tier 7. This real-world M26 Pershing prototype participated in the Battle of Cologne, back in 1945. And it will be making its way in the next update of World of Tanks Blitz. 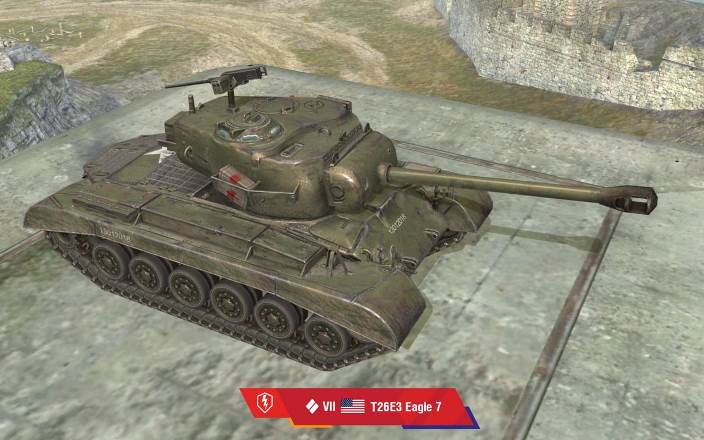 The release date of the update has not been announced yet, for now, we just have details of the upcoming vehicles with the update.

Stay tuned, we will keep you updated with the latest related news and updates