Will Lego Skywalker Saga have an online multiplayer mode?

Those who are familiar with the Star Wars universe know of Skywalkers that were some of the prominent Jedi and characters that played a vital role in the story. Lego Skywalker Saga is an upcoming lego themed action-adventure title that offers everything you’d expect from the Star War games including lightsabers, iconic characters and location like Death Star that was featured in Episode 4 of the movie, and of course the interesting story of Skywalkers in their journey to bring peace to the galaxy and annihilate the dark side forces.

The previous iteration of Lego star war games featured coop multiplayer that drew many star war fans and enjoyed what it had to offer, but what about Lego Skywalker Saga? Does it feature online multiplayer mode? Continue reading the article to know more. 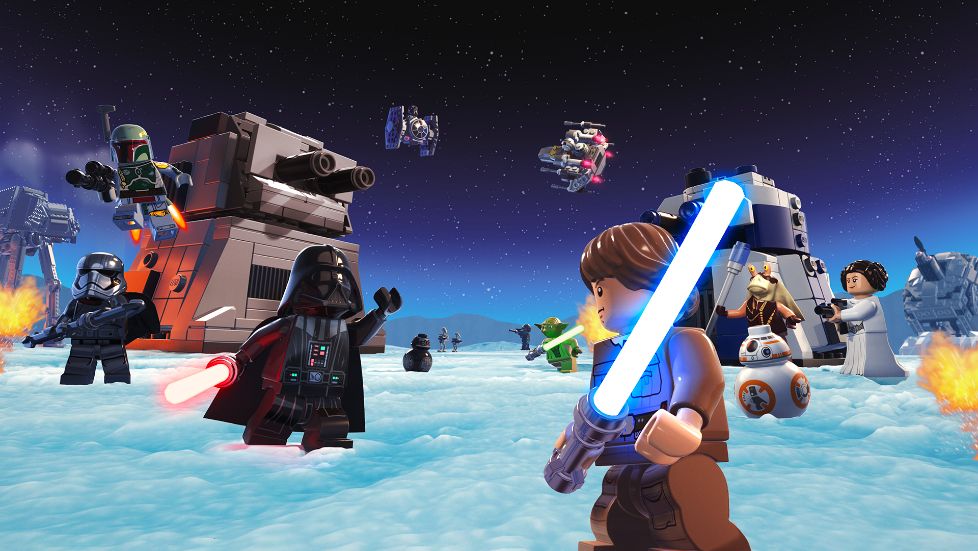 Lego Skywalker Saga is the faithful adaptation of Star War movies particularly “episode 4 A New Hope” that features the iconic death star where you have to fight your way through stormtroopers and escape Darth Vader, who relentlessly pursues you. The game also features 24 different locations that’ll further immerse you if you have played any star war games like Dantooine, Kashyyyk, Kamino, Mustafar, Naboo, and more.

While it’s a lego game, it offers plenty from a gameplay perspective like third-person combat, puzzles, engaging gunplay, lightsaber combat. Combined with iconic SW soundtracks and cinematic cutscenes really make it more immersive to get hooked in and is something every Star War fan will appreciate. The game also includes some of the older mechanics from the previous game like the new “mumble mode” and plenty more.

We know just how impatient you’re getting when it comes to the release date of the game. Well, luckily you won’t have to wait for long as it’s releasing sooner than you think. Lego Skywalker Saga will be officially released on April 5, 2022.

Does Lego Skywalker Saga have an online multiplayer mode?

While many were afraid that the direction of this game will be different compared to previous lego star war games, you can rest assured it’s on the right track. Now the main question that all of you have is does the game offers online multiplayer mode? The answer is YES as well as NO! Lego Skywalker Saga does offer a multiplayer mode according to the Steam listing page. But, note that the multiplayer mode available in the game can only be played locally as it only supports Shared/ Split Screen Co-op mode.

We hope that you enjoyed reading this article, stay tuned for more updates about Lego Skywalker Saga and other news at Digistatement.

What does cp mean in Destiny 2?