Chinese smartphone manufacturer Oppo launched the Oppo A91 a few months back in December 2019. The A91 comes with great specs and offers amazing performance at such a good price. It was released with Android 9 Pie with Oppo’s own ColorOS 6.1 on top. It was not good to see the device coming out with Android 9 Pie and should have had Android 10 on-board. The smartphone is still missing out on the Android 10 update. 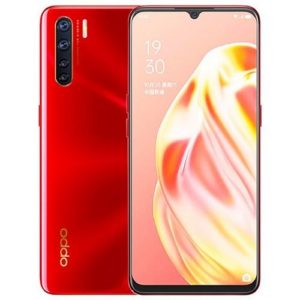 Talking about the Camera, it has got a quad-camera setup on the back with a 48 MP sensor as the primary camera, an 8 MP sensor for capturing ultrawide shots and 2 sensors of 2 MP each with one being the depth sensor. On the front, we get a single 16 MP camera for taking selfies.

The device is powered by a 4025 mAh Li-Po battery with VOOC Flash Charge 3.0 that can power up 50% of the battery in just 30 mins. The smartphone comes with all major sensors along with an in-display fingerprint sensor and features USB Type-C 1.0 reversible connector.

Considering the fact that the phone came with Android 9 out of the box, it should have received an Android 10 update by now. For the updates, we have got you covered and are keeping a close eye on all the further developments and will be updating you all the relevant info as soon as we come across any.

Note: We will update the post when any news about the Oppo A91 Android 10 update arrives, So stay tuned. Also, share this story on Twitter, tagging Oppo, so they may listen to the users as soon as possible.