Team Rocket Grunts are back with new Shadow Pokemon in their possession this month. Trainers can now rescue more Pokemon, which includes Vulpix, Ninetales, Exeggcute, Exeggutor, Omanyte, Omastar, Misdreavus, Carvanha, and Sharpedo on their team. Team GO Rocket Leaders might have Pinsir, Mawile, and Beldum. Their leader Giovanni has himself captured a legendary Pokemon Raikou and turned it into a shadow Pokemon. 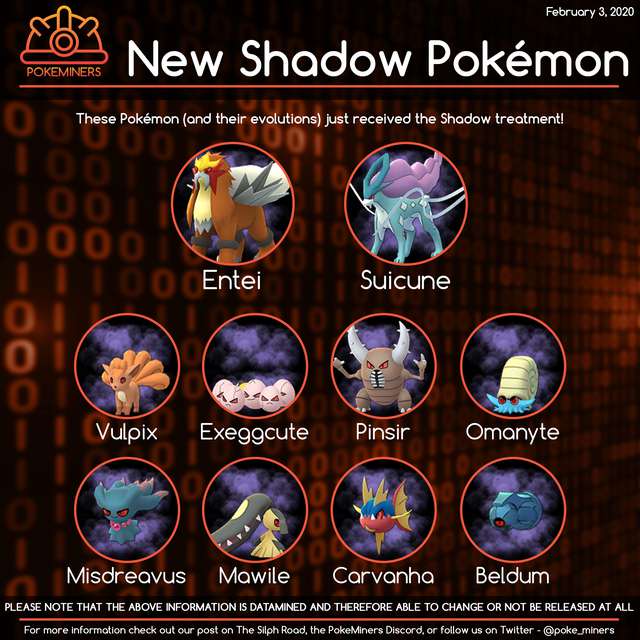 Pokémon Go is the most popular and critically acclaimed Arguemented Reality mobile game. It is free to play the game and supports in-app purchases for additional in-game items. Within the year of release, the game achieved a feat of 500 million downloads, and by early 2019, the game had over a billion global downloads with gross $3 billion revenue.

Developed by Niantic Games, Pokémon was released in 2016. It is available on Android, iOS, and watchOS. For more news, leaks and updates stay tuned with us.