Warhammer 40K: Warpforge is the newly announced card game that will let you control different factions of the series as digital cards that players can collect and engage in battle. Fans of the series are quite ecstatic with so many Warhammer games lined up for release including the next-gen Warhammer 40K: Inquisitor, Boltgun, and Rogue Trader then there’s this game that’s set in the same universe as mainline Warhammer games.

Fans of the series are wondering if Warhammer 40K: Warpforge is planned for major platforms like Playstation, Xbox, and Nintendo Switch. Continue reading the article to know more about the game and the list of the confirmed platforms. 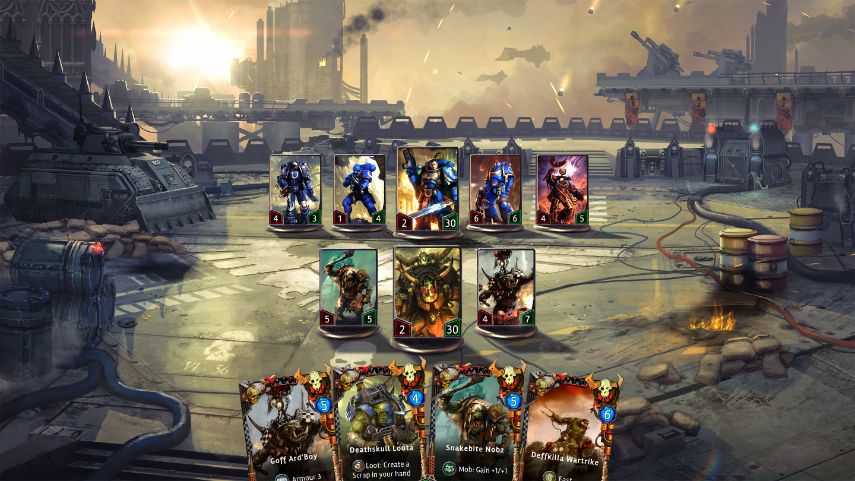 Unlike the main entries, Warhammer 40K: Warpforge is intended to be a free-to-play game that got announced during the Game’s Workshop Warhammer Skull showcase. Made by the same creators who worked on The Horus Heresy: Legions, players will get to play several different single-player campaigns with a lot of factions like the imperium armies, forces of Chaos, and Xenos races. All of them will feature different playstyle and tactics for players to use and it will receive newer expansions in the future that’ll bring more armies and races. One interesting fact is that you’ll get to play some of the best armies with the launch of the game with unique rules of engagement.

Everguild announced that the free-to-play card game will be released in 2023 with newer game modes, gorgeous visuals, and intricate lore that’ll definitely appease the Warhammer fans. Sadly no exact release date is confirmed, but as soon as it does, we’ll update this article.

Is the game coming to PlayStation, Xbox, and Nintendo Switch?

Many Warhammer fans prefer playing all the games on the same platform and switching to a different platform can be daunting for a few. As for the case of Warhammer 40K: Warpforge, sadly it is only planned for PC and mobile platforms with crossplay support that’ll be rolled out in the future. We can say that in the next few years, Warhammer fans will have their hands full with exciting games to binge on. You can add the game to your Wishlist on Steam as well.

We hope that you enjoyed reading this article, stay tuned for more updates about Warhammer 40K games, news, and more at Digistatement.

Arma Reforger Server Setup Guide: How to do it