Vivo has been consistently producing mobiles for day to day use with some outstanding features. The brand set its first step in gaming last month with its launch of IQOO 3. IQOO is a sub-brand of Vivo in China market but serves independently under the label of Vivo in other countries like India. Vivo has been busy pushing software updates in-spite of the pandemic and finally dropped a leak regarding its upcoming device.

IQOO Neo 3 has been teased and the fans are losing their minds already. The name is very similar to IQOO 3 that launched on the 25th of February, about which you can read in the link given below. There are some very important up-gradation going to take place with the launch of IQOO Neo 3.

The fans were very disappointed when they found out that IQOO 3 will be able to support only 60fps, which is quite a below-mark range for a gaming device. But the reason behind the choice seems fair as the official IQOO Weibo account has teased IQOO Neo 3, highlighting a higher frame rate flagship device under the building process. The image given below is of a translated page of the official statement posted online in Chinese. 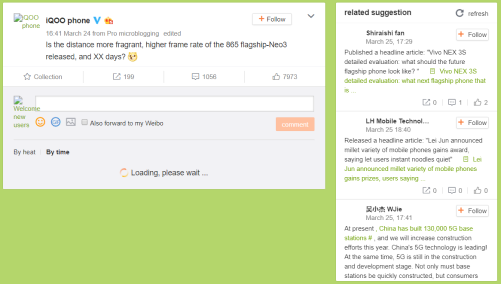 IQOO Neo 3 will rock the same Snapdragon 865 chipset. But the only difference is, the chipset will run in combination with Adreno GPU, which will be able to provide a higher frame rate for the device. When we say higher, it is above 60 frames per second, clearly hinting that the work will be full-fledged on gaming and streaming.

Other than that, rumors have been reporting that IQOO Neo 3 will rock a 6.44-inches Super AMOLED Display. The resolution of this device would be over 1080p pixels- screen protected by Corning Gorilla Glass v6. The Neo would likely settle for a dual or triple camera at the rear end with a single selfie shooter. But there are no official images available from where we can analyze the exact device setup.

The predecessor IQOO 3 received a lot of feedback but more of the unchangeable things. Comments like how the device could have been better and what would have gained IQOO 3 a bigger hype was all that people wanted to express for a month. Vivo IQOO Neo will be built on all those comments and wishes that IQOO 3 missed out in providing. The greatest expectation of a better frame rate has officially been confirmed. All that people can hope now is the minute details that can add on make the fans go crazy all over again! 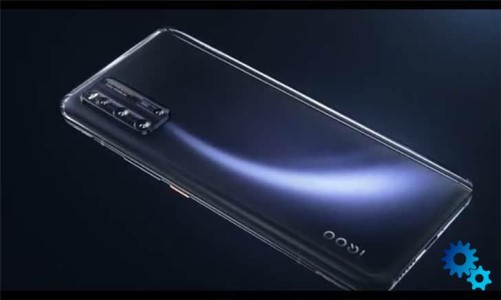 There are no official announcements about the price of the Neo 3 smartphone but with the name and upgrades that the device portrays in comparison with its flagship predecessor, IQOO Neo 3 will not cost any less. We can expect the Neo 3 to be launched for Rs. 40,000+ with multiple variants.

As evident as possible, the launch details available are equivalent to null at this point. But drawing assumptions together, we can expect the device to be officially announced when the pandemic settles a bit and look forward to seeing the device in the stores in the second half of the year 2020.

Note: We will update this article when we receive further information about Vivo IQOO Neo 3, so stay tuned. Also, share this article with all those who are waiting for this device!

Animal Crossing New Horizons: How to Improve Your Island’s Rating