Riot’s beloved first-person shooter, Valorant has faced significant changes when it comes to agents. From bringing a D tier agent to S tier, the devs have done an incredible job of balancing these agents for the competitive scene. However, we are here to provide you with the agent tier list of 2021 after the recent patch 2.01, released just a couple of days ago.

So, in Episode 2 of Valorant, Riot seems to be putting a lot of effort into balancing the agents. With the recent patch 2.01, Jett was minorly nerfed to some extent but does that mean that Jett is no more an S-tier agent? Is Brimstone better than Omen? Lots of questions to answer. Without further ado, let’s find out. 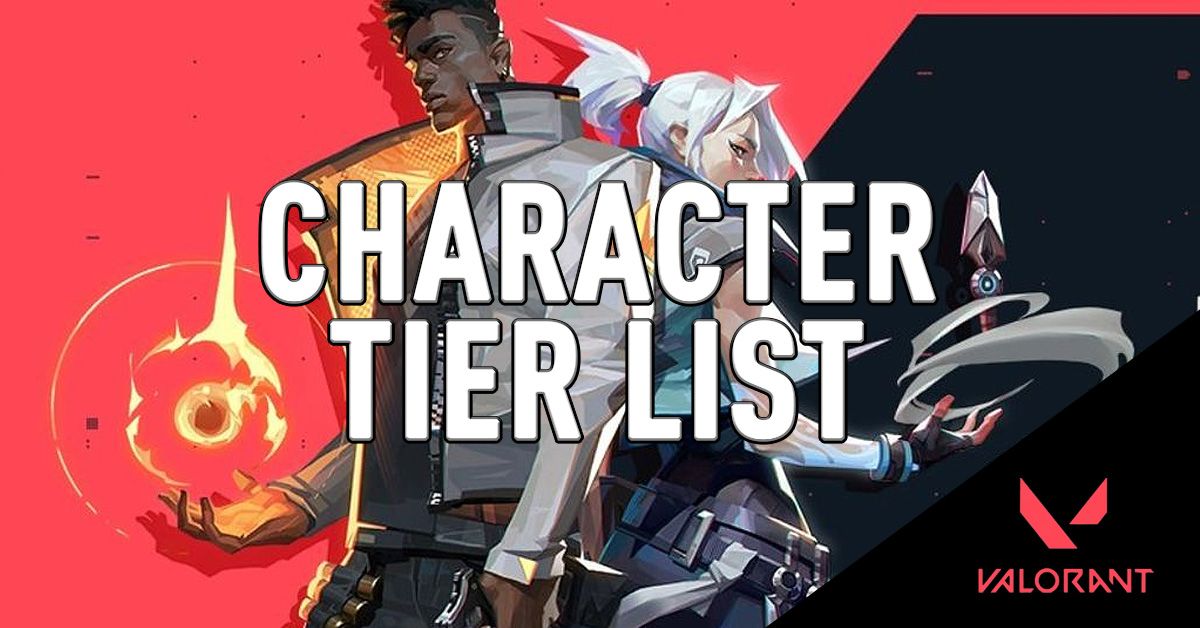 The former D-tier agent brought to life by Riot is none other than the controller, Brimstone. The overwhelming buffs provided to Brimstone and the nerfs to omen made it clear that Brimstone is the one and only S-tier controller on the list.

Well, you might be thinking after Jett’s nerfs in patch 2.01, how can she be S tier? She definitely suffered a minor nerf on her smoke duration but that doesn’t mean she isn’t deadly. Her mobility is what makes her one of the best agents in Valorant and we think she still has the potential to prove worthy of picking.

One of the most picked duelists in the low ranks as well as the high ranks of competitive games, Raze has the ability to demolish her opponents with her abilities. Her grenade can disrupt rushes and therefore breaking the sync and her boom bot can reveal positions of the enemy if deployed at the right angles. Her ultimate provides a huge impact in denying entry to sites and even while denying defuses. With such a unique and powerful kit, we think she deserves this position on this list.

Sova’s ability to gain information on the enemy’s position is one of the best in the game. With his reveal dart and drone, he can easily check corners before pushing areas causing the enemy to change positions or flee from the scene. His shock darts are very powerful and a player who knows lineups can easily deny defuses from a safe distance ensuring round wins. His ultimate is also very powerful and if combined with his reveal dart/drone reveal, you can be sure of getting a kill with it.

Cypher is one of those agents which can provide a lot of information about the enemy while staying back. His utility kit provides insane control over plant sites and in certain maps, his one-way cages can win rounds easily. However, with the release of the new agent Yoru and the new changes made to the map Split, sentinel agents like Cypher and Killjoy will be taking a hit but it is still very early to speculate anything.

Breach is supposed to be an initiator that uses abilities while pushing/rushing into sites. Whereas, with such a utility kit of Breach, the agent can be played as a Duelist easily. Breach has 3 flashes which are almost next to impossible to dodge and a very powerful ultimate, therefore making it hard for the enemy to engage in duels with him. A good breach can light up your screen infinitely until you are declared dead.

Yoru was released recently as a duelist agent and his abilities are more inclined to outplaying his opponents. If played correctly, Yoru can easily get behind his enemy’s back and turn the whole round to his favor. It is still early to predict his actual position in the current meta as players are still learning about his potential, we think he stands in the A-Tier as of now.

Reyna is definitely more than a B-tier agent but for now, let us just deal with it. Her potential to engage in duels and her ability to take the early pick and run back to safety is what makes her a hell of an agent. Her pick rate in the high level of competitive games as well as the Pro scene is maximum which makes her worthy of this position on this list.

Earlier, Omen had a 100% pick rate in the Pro scenes of Valorant as well as in competitive games. However, the recent nerfs made him a little less viable. But he still stands in a very respectable position in this tier list. With his kit, he can easily block line of sight and his flash is also a very powerful one when combined with his shadow step to outplay opponents. But, Brimstone being a better controller after the buffs and more efficient in the lower ranks, there is a very small window for him to be picked regularly like before.

Pheonix is still a very good agent but it seems that other duelists are just a step ahead. His flashes and wall can be really good while pushing corners and his ultimate plays a huge role in taking fights when outnumbered. He also has two abilities that self-heal unlike any other agents in the game. His kit is amazing and we will surely see a lot of phoenix players in the current meta.

Another sentinel agent like Cypher which can provide information is Killjoy. But her ability to control sites is a lot less than Cypher’s. She is definitely worth picking as her alarm bot and turret can be valuable in providing information on the enemy’s position and with her nano swarms, she can deny defuses if lineups are known.

Sage was once an S-tier agent with some really powerful abilities. But, the agent received significant nerfs and she now remains in the shadows. However, this doesn’t mean that she isn’t good. She has the ability to block certain re-entry areas while attacking and also block entry areas while defending with her powerful wall and slow orbs and also has the ability to heal herself/one of her allies. Her pick rate is still respectable in the competitive scenes and her ultimate is considered one of the best in the game making her stand on this list.

Now, Skye is no doubt a good initiator. Her flashes can help clear chokepoints. Her deploy-ability and ultimate can provide valuable information of enemy camp positions as well. Her healing ability is a very powerful one but the reason she stands below on the list is that her playstyle requires synergy at its best. She requires a lot of teamwork which is a rare sight in the low/high ranks of competitive scenes and therefore she isn’t picked a lot.

There is nothing to say about this agent as she is just considered bad. Her abilities are way too difficult to be made fully useful and her ultimate isn’t powerful enough. Although there are many viper mains who deny this fact and play Viper efficiently, the majority of the players find her difficult/useless. She still remains at the bottom tier but her future might be bright if Riot decides to consider a complete rework on her.

This wraps up our Valorant Tier list of 2021. This is just an opinion so, yours might differ.